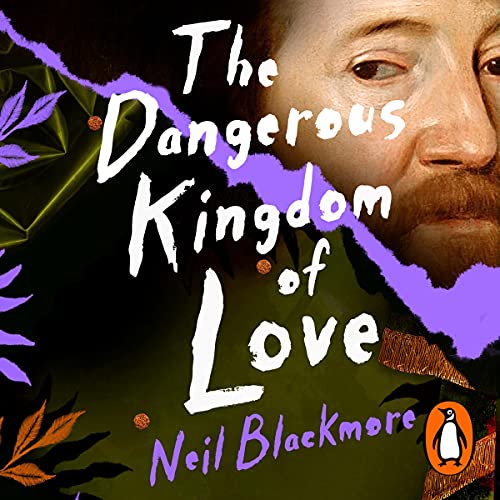 The Dangerous Kingdom of Love

England, 1613. At the dazzling but brutal court of King James I, politician and philosopher Francis Bacon, the cleverest person in England, the inventor of the modern world, has a fight to survive. A life-threatening alliance of his enemies has formed around the king's exquisite but noxious lover, Carr. Bacon, always the outsider and the plotter, goes to his friend, James' neglected queen, and together they come up with a plan. They will find their own beautiful young man to supplant Carr in the king's bed and so defeat their enemies. Bacon then meets the thrillingly beautiful, mysteriously unreadable Villiers, whom he trains to entrance the king, but against all good sense, the two start a secret love affair. But when a shocking murder scandal rocks the English court, new battle lines are drawn at court and the question asked: what if the beautiful boy is the cleverest person of all?

A twisting tale of court intrigue and forbidden love in the palaces, taverns and theatres of Jacobean London, with a cast of kings and queens, philosophers and playwrights, high-born aristocrats and low-born poisoners and an astonishing suite of historical characters like Ben Jonson and William Shakespeare, James I and Anne of Denmark, the murderess Frances Carr and even Pocahontas, all told through the funny, ironic, self-aware voice of the world-changing Francis Bacon himself, The Dangerous Kingdom of Love is both a darkly funny satire on liberalism and a tragic love story about the corrosive effect of power.

What listeners say about The Dangerous Kingdom of Love

the court and the characters came alive in this beautiful reading. voices were suitably modulated to suit different characters

This is a brilliant book, by turns funny and dark set in the court of the course James I. The narrator is Francis Bacon who narrates his own story with wry self-awareness.
If you are offended by crude words, this is not the book for you. But, although sex plays a major part in the book, the descriptions are never graphic.

The story of love and power is intriguing and characters rise and fall with stunning rapidity. The relationship between Francis Bacon and George Villiiers which is at the heart of the book is very believable and the denoument is genuinely moving,

I cannot imagine how the narration could be improved upon - its briliant. Philip Stevens uses an impressive array of voices for the characters, male and female. The voice that he gives to George Villiers is absolutely pitch perfect. It fits 'the perfect boy, the beguiling boy' to perfection.

Uncomfortable mix of homoerotica and history

The narration was superb. But I really struggled with the graphic homosexual descriptions which felt very out of place. I don't consider myself a prude, and perhaps if I was that way inclined, I'd have enjoyed them. But I found myself fast-forwarding through them to get back to the historical narrative, which is why I bought the book.

I bought this after reading an excellent review in the Times and I wasn't disappointed. It was fun, using real characters from history and weaving an intimate tale around their interactions. The narration can make or break a good book and the narration here was perfect, with a great performance by Philip Stevens. The language can be eye watering at times but is entirely in keeping with the story and the characters. Just don't listen on loudspeaker when great aunt Mabel is around.

I dip my hat to Phillip Stevens. Not an unfamiliar voice and talent to me, and consistently brilliant. The story is generous and rich. It will mull away in mind for a long. I truly appreciated it. Thank you, Neil Blackmore

Exceptional narration of a great story