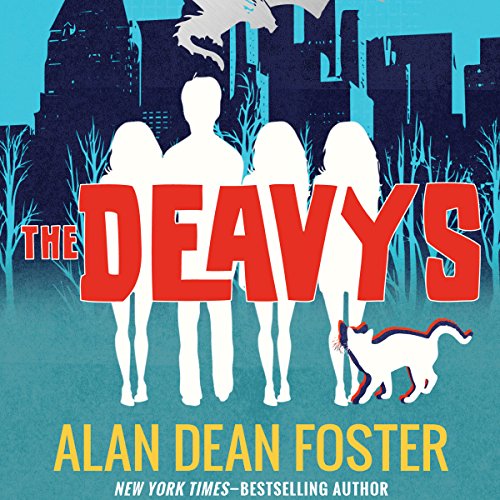 When the Truth is stolen, it's up to the Deavy quartet to get it back.

For any normal teenage boy, having two and a half younger sisters would be enough to deal with. But Simwan Deavy's life isn't normal. His family is non-Ord - short for "non-Ordinary" - which means that at school, he and his sisters learn hexing and enchanting along with history and math. It also means they have a ghost for an uncle and a cat who talks. Still, everything is going well for Simwan - until a bottle of Truth is stolen from the local pharmacy.

Now the Deavys' favorite woods are under threat from development; their mother, whose life depends on the Truth, is growing weaker; and the world as they know it might never be the same. With the help of their cat, Pithfwid, the Deavys track the loathsome, horrible Crub to his lair in New York City. But the Crub has laid traps, turning a dangerous city into a deadly one. To succeed at their mission, the Deavys will have to stick together - or the Truth may be lost forever.

What listeners say about The Deavys

This book is an outstanding read. It captured my imagination from the first chapter and was difficult to put down. The ten hours of narration went by way too quickly.Alan Dean Foster has written another entertaining story that has stoked the fires of my imagination.