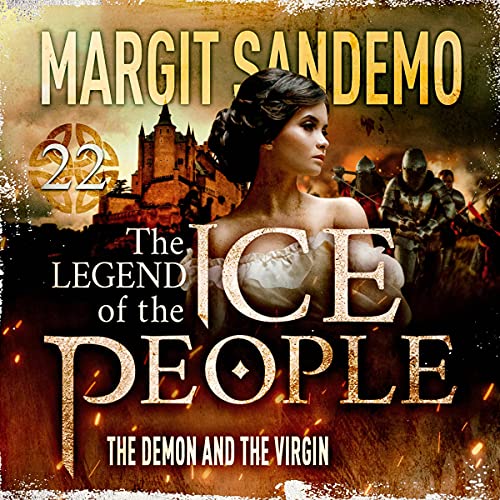 The Legend of the Ice People series has already captivated over 45 million readers across the world.

The story of the Ice People is a moving legend of love and supernatural powers.

At long last, Heike Lind of the Ice People reached Norway to take possession of his rightful inheritance. But when he arrived, he found that all his relatives had passed away and unscrupulous bandits had seized his property. Heike did not know what to do - but then he discovered a shy girl who roamed the forest like a shadow...

Margit Sandemo was born on 23 April 1924 in Norway. She was raised in Sweden but later moved back to Norway. She made her debut as an author in 1964.

Love and supernatural powers are the hallmarks of her authorship, and she is the best-selling author in the Nordic countries, with more than 39 million copies sold.

The Legend of the Ice People comprises 47 volumes.

Margit Sandemo is, simply, quite wonderful.
-- The Guardian

Full of convincing characters, well established in time and place, and enlightening ... will get your eyes popping, and quite possibly groins twitching ... these are graphic novels without pictures ... I want to know what happens next.
-- The Times

A mixture of myth and legend are interwoven with historical events, this is an imaginative creation that involves the reader from the first page to the last.
-- Historical Novels Review

Loved by the masses, the prolific Margit Sandemo has written over 172 novels to date and is Scandinavia s most widely read author...
-- Scanorama magazine

What listeners say about The Demon and the Virgin