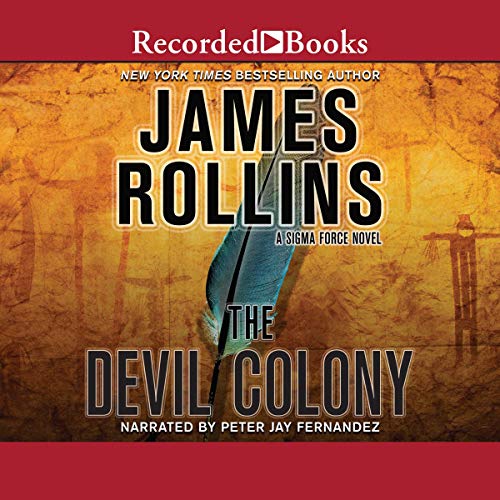 From New York Times best-selling author James Rollins comes a novel of boundless imagination and meticulous research, a book that dares to answer a frightening question at the heart of America: Could the founding of the United States be based on a fundamental lie?

The shocking truth lies hidden within the ruins of an impossibility, a lost colony of the Americas vanished in time and cursed into oblivion. A place known only as The Devil Colony.

Deep in the Rocky Mountains, a gruesome discovery - hundreds of mummified bodies - stirs international attention and fervent controversy. Despite doubts about the bodies’ origins, the local Native American Heritage Commission lays claim to the prehistoric remains, along with the strange artifacts found in the same cavern: gold plates inscribed with an unfathomable script.

During a riot at the dig site, an anthropologist dies horribly, burned to ashes in a fiery explosion in plain view of television cameras. All evidence points to a radical group of Native Americans, including one agitator, a teenage firebrand who escapes with a vital clue to the murder and calls on the one person who might help - her uncle, Painter Crowe, Director of Sigma Force.

What listeners say about The Devil Colony