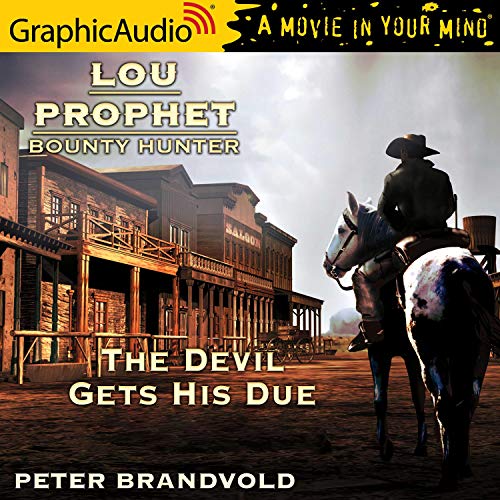 Lou Prophet's life as a bounty hunter has taught him one rule: You don't stop riding 'til the job is finished. Louisa Bonaventure gives that rule a whole new meaning. After seeing her family slaughtered by Dave Duvall and his Red River Gang, she and Prophet have tracked down and wiped out every last murderer - except for Duvall.

Now Prophet is caught in a bloody crossfire of hatred between the outlaw, who would shoot a man dead for the fun of it, and Louisa, who has sworn to kill Duvall or die trying.

What listeners say about The Devil Gets His Due [Dramatized Adaptation]