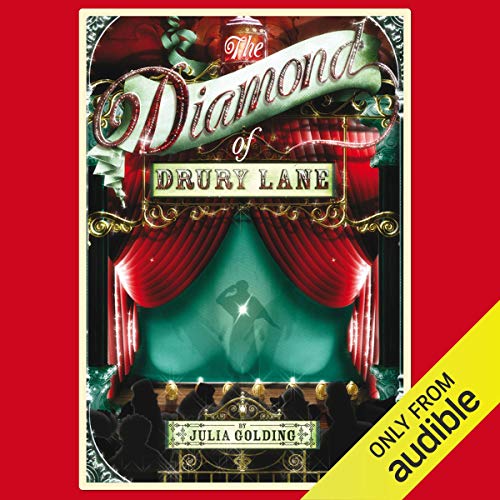 Set in 1790's Covent Garden this is the story of Cat Royal, an orphan who lives at the theatre in Drury Lane.

Adopted by the owner after being mysteriously abandoned as a baby on the steps of his infamous establishment, Cat has grown up backstage. When Cat overhears a conversation about a diamond hidden somewhere in the theatre, she's determined to find the treasure.

Ably assisted by Pedro, a musician in the company orchestra, she is thrust into a world of drama and intrigue, where she encounters Covent Garden street gangs, boxing matches, theatre riots and spectacular stage productions. En route, she learns a lot about who she is, and who her real friends are...

What listeners say about The Diamond of Drury Lane

This book is fantastically gripping from start to finish, the characters are charming and Finty Williams is by far my favourite reader. An utterly fantastic book, I've read it three times now and the end still gives me chills! I'd recommend this to anyone age 11 up, although I'm 13 and the end still creeps me out a bit. Brilliant, fantastic, there is nothing missing from this book.