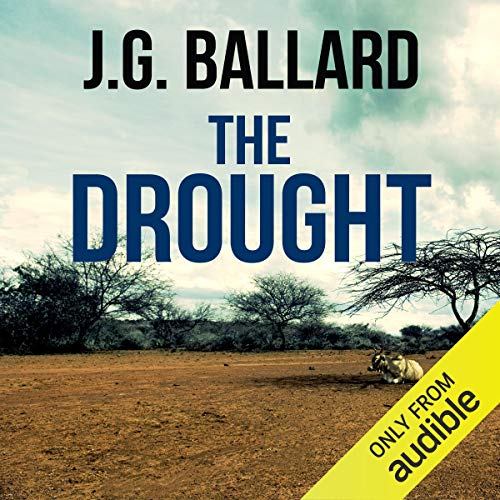 By the best-selling author of Cocaine Nights and Super-Cannes - the world is threatened by dramatic climate change in this highly acclaimed and influential novel. Water. Man’s most precious commodity is a luxury of the past. Radioactive waste from years of industrial dumping has caused the sea to form a protective skin strong enough to devastate the Earth it once sustained. And while the remorseless sun beats down on the dying land, civilisation itself begins to crack. Violence erupts and insanity reigns as the remnants of mankind struggle for survival in a worldwide desert of despair.

J.G. Ballard was born in 1930 in Shanghai, where his father was a businessman. After internment in a civilian prison camp, he and his family returned to England in 1946. He published his first novel, The Drowned World, in 1961. His 1984 bestseller Empire of the Sun won the Guardian Fiction Prize and the James Tait Black Memorial Prize, and was shortlisted for the Booker Prize. It was later filmed by Steven Spielberg. His memoir Miracles of Life was published in 2008. J.G. Ballard died in 2009.

What listeners say about The Drought

Would you try another book from J. G. Ballard and/or Jonathan Coote?

I am definitely a fan of JG Ballard, but this, the second of the dystopian 'World' series (the first being 'The Drowned World' and the third being 'The Crystal World'), is not a favourite of mine. I would only recommend it to someone familiar with his work. There is an uncharacteristic awkwardness to his writing in 'The Drought'.

Jonathan Coote was a new narrator to me. I really enjoyed his narration: there are some extreme characters in 'The Drought' and he brought them to life with subtlety. I would definitely try another audiobook narrated by Jonathan Coote.

The most interesting aspect of this story for me is the 'missing' part of the text: the decade that passes between the start and end of the book. I can't help feeling that this would have been the more interesting phase to explore.

The least interesting aspect of this story for me is the Lomax/Miranda storyline.


Which character – as performed by Jonathan Coote – was your favorite?

I can't really say that I have a 'favourite' - most of the characters in this book are (deliberately) repugnant, or (deliberate) ciphers, their motives unimpenetrable.

No - it is (deliberately) not engaging, and I cannot imagine it working as a film.

The Oedipal and Freudian overtones are pretty heavy-handed in this text.

Would you ever listen to anything by J. G. Ballard again?

I have read almost everything by J G Ballard.

The book itself was the most disappointing feature. A storyline that never really got going, one dimensional characters and so much that shouted for development but, sadly, never was.