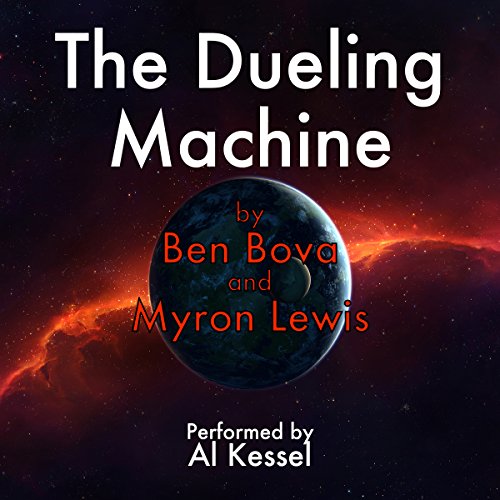 Imagine a machine that would end all wars and bloodshed. A machine that can create a virtual world so real, so complete, where all conflicts are waged, but where no one ever dies or gets hurt. The dueling machine is just that...until a madman dictator of a small empire finds a way to bend virtual reality to his will - and uses the dueling machine to take over the galaxy!

It's up to the machine's creator and a rather inept Star Watchman to discover the plan and stop it.

From a six-time Hugo Award-winning master of science, set in the same universe as The Star Conquerors, The Dueling Machine is filled with real people facing the end of their world as they know it.

What listeners say about The Dueling Machine