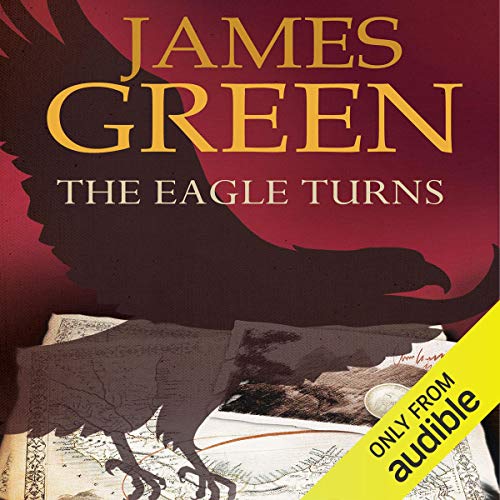 1850 and America is violently divided on the issue of slavery. When President Zachary Taylor dies, suddenly and under questionable circumstances, it is left to his Vice President, Millard Fillmore, a weaker man, to find ways to keep the North and the South apart.

In New York, child of Irish immigrants, Matthew O’Hanlon is fired from his job as a newsman on the Herald but, surprisingly, finds work as Foreign Correspondent for the Associated Press in Panama City. There he is given accommodation with a Dr Couperin, his wife, and beautiful daughter, Edith, but finds himself caught up with the secret agents protecting America’s commercial interests during the struggle for control of Panama’s trade routes and, as it crashes about him, realises that he has been living in a house of cards. Set against the Gold Rush and the opening up of California and the OregonTerritories, when the United States walked a narrow and dangerous line, The Eagle Turns charts the course of history as America’s Secret Services struggle to bring prosperity amid the conflict.

James Green is well known as the author of the Jimmy Costello crime series, the first book of which, Bad Catholics, was short-listed for the 2009 Crime Writers Association Dagger Awards.

A prolific writer, James, who is now working on the second of the five-book series which begins with Another Small Kingdom, is married and lives in Nottinghamshire.