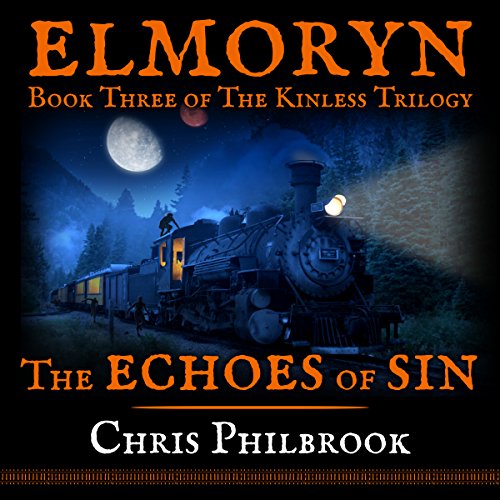 The Echoes of Sin

With a mysterious key in hand and their only friends by their sides, the twins Malwynn and Umaryn race against the Amaranth Empire's invasion. Chased from the capital city of Varrland, branded as criminals for the murder of their traitorous aunt, they begin the trek to the forlorn wilderness of Duulan. They seek a village where their parents had nearly perished decades ago, where an abandoned mine, protected by an army of the dead, conceals the darkest secrets of Elmoryn.

Can the twins unveil the secret that hundreds died for before the Purple Queen's army overruns Ockham's Fringe? Will it even matter once they discover what lies beneath the earth of Duulan? Conspiracies older than memory are dug up and revealed, the echoes of sins long hidden in the darkest recesses of time. The worst may be yet to come.

This is a refreshing and awesome series, I love the story brought me back to my Dragon Lance reading days. There is so much to love about this story with the magic to how the brother and sister stuck together, to how the world has become. Awesome. I want more!! I know its a trilogy but you can also do another trilogy as well. I recommend this series to all the readers and listeners. Chris is an incredible Author, a star that the world will soon learn about. I will read and listen to anything he create.

a glorious death from above

very much enjoy Chris's writing. these books were no different. worth your time to listen.

I loved all 3 books ! The story was wonderful and succeeded in pulling me into the post apocalyptic world of Elmoryn . The voice talent was top notch and I was amazed by the range Kevin had . That being said I would recommend this series and I will be gifting it to friends this Christmas . Thanks Chris your writing lead me on another exciting adventure and for that I am in your debt .

I'm sad that this trilogy has come to an end, the story grabbed me from the first book and held me through the end of the journey. I'm not going to lie, I've listened to all of Chris Philbrooks book, Zombies are my thing....the the dragons came, I wasn't expecting to love the Tesser novels because of the lack of zombies but I did. It was with great trepidation that I purchased Elmoryn, not only is not in my genre but James Foster didn't narrate it, I loved it!! Once again Chris Philbrook told an amazing story and had opened up another world for me. I highly recommend this series.