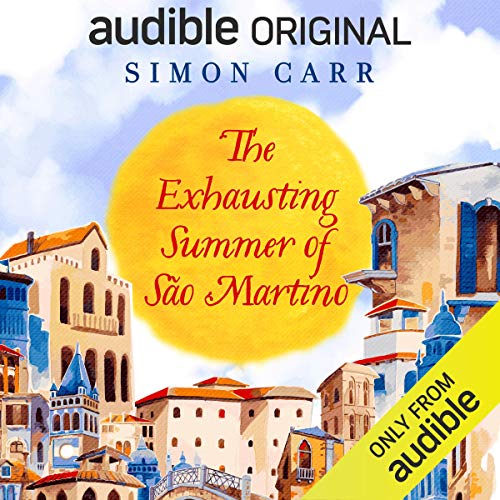 The Exhausting Summer of São Martino

Prospero is the mayor of a small town that has escaped the attention of the modern world. In Tapoli, news still travels by word of mouth - and it travels fast, since everyone knows everyone else in the town’s latticework of narrow streets. We first encounter Prospero at a local summer festival, where his attention is caught by a visiting Englishwoman who seems oddly familiar. As the couple embark on a curious friendship, and then an even more curious love affair, Prospero discovers the woman’s connections with his own past. As his personal life grows complicated, so does his role as the town’s mayor - especially when strangers arrive, rubbing up against the entrenched local community and against local traditions. Prospero’s own role as mayor comes under growing public scrutiny as he struggles with the conflicting advice of his head and his heart.

Carr’s portrait of life in Tapoli is bewitching. He captures the personal and public tides of a parochial town with subtle dexterity; listeners will be transported to the medieval streets and basking heat of this Portuguese summer. Modern technology has barely made a dent in Tapoli, and traditional sentiments still prevail, making Prospero’s efforts to steer the town to prosperity and peace all the more challenging. With all the leadership qualities of a local statesman, the mayor nonetheless has to solve problems in a town so remote and untouched that its news hub is the local bakery. The humour of Simon Carr’s storytelling is twinned with an engrossing narrative, one that provides poignancy and pathos as well as entertainment.

Steven Pacey needs little introduction. A star from our screens, radios and audiobooks, he has played and read an extraordinary number of parts. You may know him for his roles in musical theatre - such as La Cage Aux Folles (2009) or Spamalot (2012/13) - or from his appearances in shows such as King Lear (2013/14) and Peter Pan (2011). More recently, he has become a prodigious narrator, turning his voice to an array of books across genres: fiction, children’s novels and more. In his own words, the great joy of audiobooks is ‘that you get to play all the parts that you wouldn’t possibly be considered for visually’. He does so here with characteristic vivacity and verve.

Simon Carr was for a dozen years the parliamentary sketch writer of the UK national newspaper the Independent. His retirement - earlier than expected - ultimately led to an abandoned smallholding in the depth of central Portugal. With the help of a digger, a tractor and with the long-suffering support of the Medelim community, he developed the wild, bramble-covered property into an idyllic little domain.

First, let me get out of the way the things that annoyed me:
- The title: it is São MARTINHO, there is an "H" missing. If you go with the portuguese "São" (that means "Saint"), you've got to get the other name right;
- September (when all the action takes place) is still technically summer, the "summer of são martinho" happens (yes, it is a real thing) in early november, that is why it is so odd, it is a period (usually a week) of very good weather deep in the heart of autumn;
- Tapoli, the name of the town: there is no way this would be a portuguese town name, no portuguese name ends with an "I" (also Prospero, although technically possible, is so very unlikely - I think it would of been nicer just to have named him something traditional);
- the cover photo: there is no way that is a rural town in Beira Baixa (it looks more like spain);

That being said, the story is great and Prospero is an excellent character. The town life in rural portugal, although exaggerated, is very believable, specially the gossip. Also the interactions of locals with foreigners and gypsies.
There are some hilarious scenes, the one where they rescue the donkey off the wall led me to tears!!!!

If it weren't for those annoying things, that I am sure will only annoy the portuguese, I would give it five stars!

Having recently lived in Central Portugal, this is an amusing but accurate picture of the relationships and beaurocracy of life in modern day Portugal. Enjoyable!