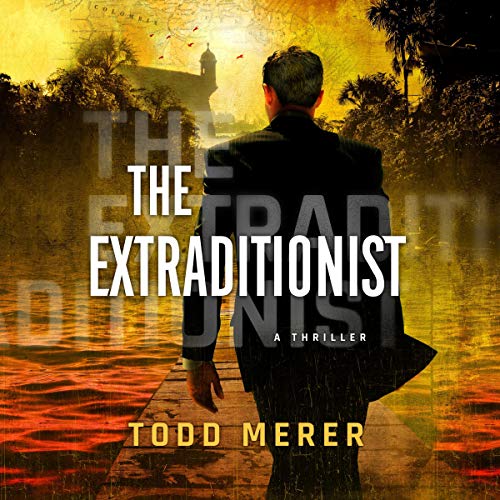 When the world's most notorious cartel bosses get arrested, they call Benn Bluestone. A drug lawyer sharp enough to exploit loopholes in the system, Bluestone loves the money, the women, the action that come with his career...but working between the lines of justice and crime has taken its toll, and he desperately wants out. He's convinced himself that only an insanely rich client can guarantee him a lavish retirement.

When the New Year begins with three promising cases, Bluestone thinks he's hit pay dirt. But then the cases link dangerously together - and to his own past. Does the mysterious drug kingpin Sombra hold the key to Bluestone's ambitions? Or does the key open a door that could bring the entire federal justice system to a screeching halt and net Bluestone a life in jail without parole?

What listeners say about The Extraditionist

The idea of reading about drug cartels from a US lawyer perspective was appealing to me. However the plot is confusing (flitting from location to location a lot of the time without any reason), the dialogues shallow and no character is likeable. George Newbern does a great job with his performance to keep the interest alive, but after a while it gets like pushing water up to the mountains...

Good story after the fluff is eliminated!

This 10.75 hour novel should be trimmed to no more than 4.5 hours by drastically excising the trivial, the off topic, the superficial, and the excessive first person navel gazing by the protagonist. The author has ruined a good story with unnecessary excess verbiage which accounts for far more than half of the words he wrote.

I'm about halfway through and I can't finish this book. The plot is a mess , I don't care about any of the characters, and I am continually offended by the attitude displayed towards women. This book is a throwback to times and attitudes I thought we had moved beyond. at least the narration is good!

The story was engaging and the narrator was excellent. It was very good to listen to.

The reader was great. The story was well written and engaging, well worth the time.

Love this story. It was as a glance on other life, other experiences. Excellent performance.

The Extraditionist by Todd Merer

This one eyed blind woman even, if I felt I had the right to withhiold a perfect score of five stars from a novel. I do not have that right if I believe the Novel deserves it.. The Exteaditionist does deserve five stars because I tried so hard to hate the star character I never could. I sure try hard to hate a perfectly despicable character created by Tod Merer right up to the last word spoken. Not possible!

boring, not at all a thriller.

if you like reading boring stuff this is perfect. I kept listening hoping it would get thrilling, never did. total waste of money...

Enjoyed the book, story line and presentation, it held my interest and provided good listening.

Kept me engaged, lead character was arrogant, obnoxious big city lawyer who is not as smart or brilliant as he thinks. I predicted the big twist about half way through but it was interesting.