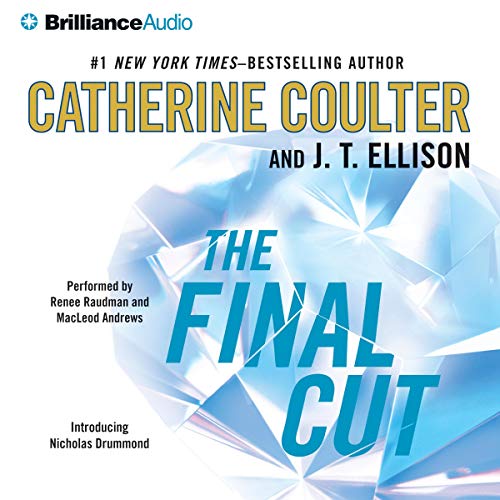 Scotland Yard’s new chief inspector Nicholas Drummond is on the first flight to New York when he learns his colleague, Elaine York, the “minder” of the Crown Jewels for the “Jewel of the Lion” exhibit at the Metropolitan Museum of Art, was found murdered. Then the centerpiece of the exhibit, the infamous Koh-i-Noor Diamond, is stolen from the Queen Mother’s crown. Drummond, American-born but raised in the UK, is a dark, dangerous, fast-rising star in the Yard who never backs down. And this case is no exception.

Special Agents Lacey Sherlock and Dillon Savich from Coulter’s bestselling FBI series don’t hesitate to help Drummond find the cunning international thief known as the Fox. Nonstop action and high stakes intensify as the chase gets deadly. The Fox will stop at nothing to deliver the Koh-i-Noor to the man who believes in its deadly prophecy. Nicholas Drummond, along with his partner, FBI Special Agent Mike Caine, lay it on the line to retrieve the diamond for Queen and country.

What listeners say about The Final Cut

good story and escape from my everyday life.

took sometime for me to get used to each character having their own voice. I will finish the series. I am a huge fan of JT Ellison!