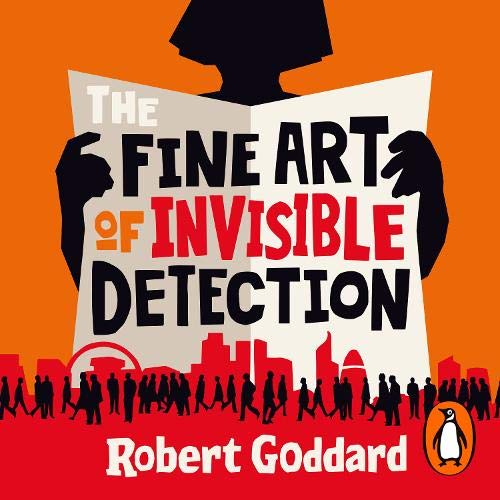 Umiko Wada has had enough excitement in life. With an overbearing mother and her husband recently murdered, she just wants to keep her head down. As a secretary to a private detective, her life is pleasantly filled with coffee runs and paperwork.

That is, until her boss takes on a new case. A case that is surrounded by shadows. A case that means Wada will have to leave Tokyo and travel to London.

Nick Miller never knew his father and was always told he wasn't missing much. But when an old friend of his late mother says there are things that Nick needs to know about his parents, he can't ignore it.

When a chance encounter brings Wada and Nick together, they couldn't know the series of violent events set off by their investigations. And when they discover Nick's father might have been the only witness to a dark secret forever buried, they realise there are some powerful people who will do whatever it takes to keep it that way....

What listeners say about The Fine Art of Invisible Detection

The story seemed promising, but the narration was so incredibly slow I found myself zoning out. Kindle has the average reading time listed at around 8 hours, yet this audiobook clocks in at just under 12 hours, if that helps indicate just how slowly the narrator reads. I think this would be a better read than a listen.

I have read many of Robert Goddard’s books and this one was as enjoyable as most but did not have all the twists that several others had. However, I still enjoyed reading it and found the main characters likeable, which many books do not have.

The narrator was generally fine, although I do find that in more recently recorded books some of the gaps between phrases are occasionally too long or emphasis in the wrong place. It’s nitpicking and didn’t happen often but slightly irritating.

I wasn’t convinced it was a human voice narrating it seemed computer generated and it really grated. If I didn’t love Robert Goddard books so much I wouldn’t have got passed the first Chapter

Iritating narration, sounded robotic. Hard to be objective about the book as the narration did not encourage engagement. Maybe its me, perhaps audio books are not for me.

Excellent and one of his best.

Goddard on top form with very appealing Japanese detective. Can't wait for sequel that is set up.

I’ve loved all Robert Goddard books and this one is really average. I know I should have hung in there but I just couldn’t. Others might find it a good listen. Well so be it.