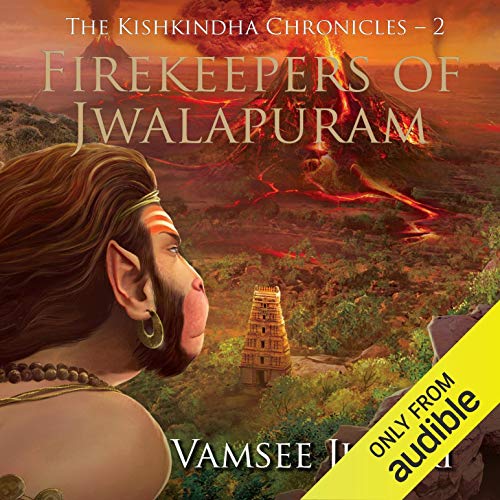 Ancient Kishkindha. A few years have passed since Hanuman and his people defeated the savage race of beings that threatened to invade their country. But there is no calm in the land - volcanic ash and toxic rain are causing havoc everywhere. So, Hanuman, Princess Vaishnavi and the rishis set out to lead Kishkindhans to the safety of the cave-temples.

Meanwhile, in Kishkindha, empress Riksharaja, Hanuman’s aunt, torments her son Sugreeva, blaming him for abandoning his brother Vali to usurp the throne. There’s also a refugee crisis looming, with thousands of villagers streaming into the rock city every day as plants and trees die across the kingdom. It is a situation that Riksharaja decides to exploit for her own devious ends.

With their land under siege from within and without, and their way of life threatened again, how will Kishkindha survive?

A compelling sequel to Saraswati’s Intelligence, Vamsee Juluri’s reimagined prehistorical world holds up a mirror to modern society, pressing upon us questions that are startlingly relevant today.