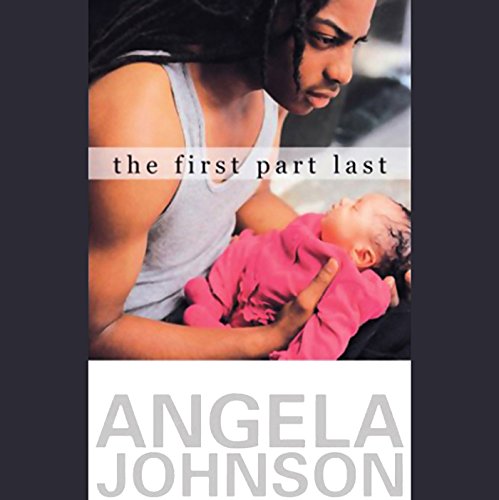 Bobby is a typical urban New York City teenager: impulsive, eager, and restless. For his 16th birthday, he cuts school with his two best buddies, grabs a couple of slices at his favorite pizza joint, catches a flick at a nearby multiplex, and gets some news from his girlfriend, Nia, that changes his life forever: He's going to be a father.

Suddenly things like school and house parties and fun times with friends are replaced by visits to Nia's pediatrician and countless social workers who all say that the only way for Nia and Bobby to lead a normal life is to put their baby up for adoption. Then tragedy strikes Nia, and Bobby finds himself in the role of single, teenage father. Because his child, their child, is all that remains of his lost love.

With powerful language and keen insight, Johnson tells the story of a young man's struggle to figure out what the "right thing" is and then to do it. The result is a gripping portrayal of single teenage parenthood from the point of view of a youth on the threshold of becoming a man.

Angela Johnson's The First Part Last won the 2004 Michael L. Printz Award, which is bestowed upon a book that exemplifies literary excellence in young adult literature.

"Brief, poetic, and absolutely riveting, this gem of a novel tells the story of a young father struggling to raise an infant." (School Library Journal)

Great story for such a small book

I read this book for an assignment and expected it to be dull and simplistic because of it's length and target audience. However, I was intrigued by the slightly mysterious plot and admired the main character's choice to raise his daughter instead of placing her up adoption. Overall, I really enjoyed listening to this book and want to read the whole series now!!

This is a thought provoking book that is true to life. I thought the performance was excellent. I could really sense the main character's struggle through his intonation.

All teenagers should take a listen to this

Very well narrated. This book is a must read for all teenage boys and girls. Maybe teenage sex would be looked at a little more closely by some of the teens today.

What an unexpected gem

I came across this title whilst looking for something else and decided to buy it on the strength of the sample, I was not dissapointed.It is beautifully narrated, heartfelt and believeable.The young man reading it gave an authentic voice to the story and captured your attention with ease. An excellent book for teens, I have three, and a great book for parents too. Read as a family it would serve well as a prompt for disscussion with the children on the subject of the book. A wonderful find. Buy it!