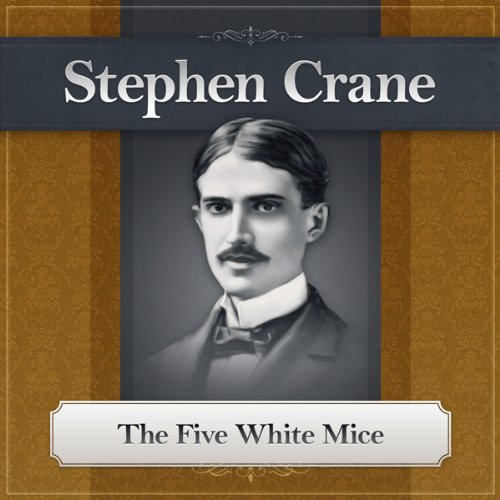 "The Five White Mice" should be counted as one of Stephen Crane's great short stories. It has many parallels to "The Bride Comes to the Yellow Sky", with a stand off moment that was the turning point in many people's lives. In this case as in "The Bride Comes to the Yellow Sky", the Scratchy Wilson figure takes a step back, as Scratch did, and the dangerous moment passed by. The last line was a final Crane ironic moment, "Nothing had happened." Yet everything had. Six people lived where several or all of them may have died or been jailed if they remained alive. The story relates to Americans in Mexico who revel in a bar, carry on with gambling, and then go out into the night. They come across a group of Mexicans and bump into them. A trivial event but inflamed by alcohol and the late hour. The stand off occurs. It ends, and will probably remain, as with the Sheriff, his bride, and Scratch, a turning point moment in everyone's lives that they would remember for the rest of their lives. A lovely revel (this story) or home coming celebration (Bride) suddenly turns into a life threatening situation, which the characters overcome with great good fortune and a tad of luck.