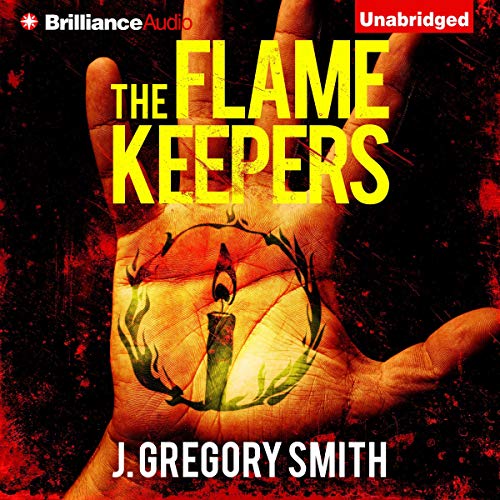 Former SEAL Lukasz Gardocki thinks he’s seen the last of covert missions. That is, until he’s approached for a special job: Infiltrate the Flamekeepers, a doomsday cult with a mysterious, charismatic leader that may be developing a deadly chemical weapon. Already entrenched with the group is Alecia Motley, the sister of Lukasz’s deceased best friend, who, after a shocking discovery, is now in over her head trying to expose the group’s secrets. As Lukasz is drawn deeper into the world of the Flamekeepers, his attraction to Alecia grows even as the group’s sinister goals start to come into focus; on the surface they appear to be preparing for the apocalypse, but the cult’s members may in fact be plotting to start it themselves. Lukasz will need all his training and skills to uncover the truth and expose the Flamekeepers before they learn his secret - or worse, carry out their plans.

What listeners say about The Flamekeepers

No Sleeping On My Beach

Flamekeepers is another great story by J. Gregory Smith. The performance by Cendese brings the characters to life and keeps you hooked until the very end. Let’s hope Lucas continues to keep the world safe! It is impossible to sleep on the beach while enjoying this story.