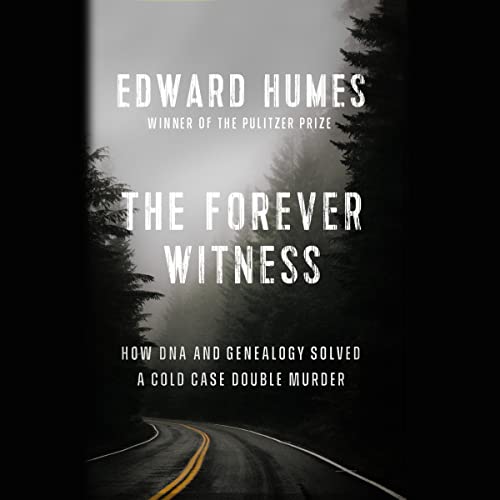 A relentless detective and an amateur genealogist solve a haunting cold case—and launch a crime-fighting revolution that tests the fragile line between justice and privacy.

In November 1987, a young couple on an overnight trip to Seattle vanished without a trace. A week later, the bodies of Tanya Van Cuylenborg and her boyfriend Jay Cook were found in rural Washington. It was a brutal crime, and it was the perfect crime: With few clues and no witnesses, an international manhunt turned up empty, and the sensational case that shocked the Pacific Northwest gradually slipped from the headlines.

In deep-freeze, long-term storage, biological evidence from the crime sat waiting, as Detective Jim Scharf poured over old case files looking for clues his predecessors missed. Meanwhile, 1,200 miles away in California, CeCe Moore began her lifelong fascination with genetic genealogy, a powerful forensic tool that emerged not from the crime lab, but through the wildly popular home DNA ancestry tests purchased by more than 40 million Americans. When Scharf decided to send the cold case’s decades-old DNA to Parabon NanoLabs, he hoped he would finally bring closure to the Van Cuylenborg and Cook families. He didn’t know that he and Moore would make history.

Genetic genealogy, long the province of family tree hobbyists and adoptees seeking their birth families, has made headlines as a cold case solution machine, capable of exposing the darkest secrets of seemingly upstanding citizens. In the hands of a tenacious detective like Scharf, genetic genealogy has solved one baffling killing after another. But as this crime-fighting technique spreads, its sheer power has sparked a national debate: Can we use DNA to catch the murderers among us, yet still protect our last shred of privacy in the digital age—the right to the very blueprint of who we are?

“Some detectives never give up, and in this expert retelling, you'll follow Jim Scharf as he attempts to crack the coldest of cases: A golden young couple abducted and murdered in Washington state in 1987, with almost no clues left behind. This book is that rare thing, terrifying true crime told with a beating heart.” —Maureen Callahan, New York Times bestselling author of American Predator

“In this brilliantly told, addictively readable book, Edward Humes reminds us that the term “cold case” is misleading, that unsolved murders simmer for decades with angry life and grief and the long-shadow of justice denied. And he also reminds us to hope that the answers to our most stubborn mysteries can yet be found if we simply refuse to give up on them.” —Deborah Blum, New York Times bestselling author of The Poisoner's Handbook: Murder and the Birth of Forensic Medicine in Jazz-Age New York

“The Forever Witness is a remarkable achievement in true crime reporting, as Edward Humes brilliantly guides readers through a cold case investigation that’s smart, suspenseful, and on the cutting edge of forensic science. This book will keep you reading well into the night.” —Gilbert King, Pulitzer-prize winning author of Beneath a Ruthless Sun and Devil in the Grove

What listeners say about The Forever Witness

This is a fascinating true crime story with exhaustive and well detailed research, leading to the conviction of a rapist and killer, who escaped detection for far too long. The author has done an excellent job, pulling together all of the details that spanned so many years.

A miracle that we can bring justice to these suffering families; and we can finally punish those responsible. This true story puts all the pieces together a good narration by the author himself.

With the deft plotting and organization missing from too many novels, this work of non fiction is a riveting narrative. The author does a great job of conveying the various characters without devolving into "good"/"evil" tropes. At times one can almost empathize with the accused. The Wall Street Journal review which led me to this book mentioned the ponderous DNA expositions as a detriment. I was pleasantly surprised that, rather than be a slog, they contained easy to understand information without appearing to be "dumbed down."

Such an interesting book!

This was an amazing book. So much so I bought a first edition hardcover to keep in my library. Well done!

This is a great fact based coverage of the new field of genetic genealogy! I highly recommend it!!

Few technological advancements have the potential of solving thousands of cold case murders, rapes, and other serious crimes genetic genealogy.

The narrator was perfect for this story which was well woven among other relevant context.

It's incredible to see how many lives are positively impacted by this new technology and "science".... Any person that decides to commit murder or rape must know they will be discovered now.

I own 400 titles, mostly non-fiction.

This book is now in my top 5. I was able to drive 6 hours longer and make it all the way home I was so spellbound.

Don't make the mistake of thinking this is the same-old-same-old rehash of CeCe Moore and a shallow and confusing overview of "genetic genealogy." I know we've all read the GSK-esque books.

So many crimes are covered in this book. Not just the Canadian sweethearts case. I was familiar with all of them and loved hearing them put in context of the development of GG.

I found the last third of the book - the nerdy GG deep dive - to be the best. It covers the ethical and legal arguments on both sides of a profound rift in the GG community over law enforcement use of the consumer databases. Fascinating.

Hume's descriptions are fresh and vivid, and he interviewed dozens of people in depth. His grasp of the scope and implications of GG is profound.

And I hardly ever write reviews!!

In need of better reader

Good story with good details but the story bogs down here and there. The greatest drawback was that the story was read by its author and not by an experienced professional.

This was a great book but I wish a pro had read it. I found the narration a little lacking. But an amazing story and well written and researched.

Compelling and fascinating. Would recommend to any true crime fan. The genetic genealogy aspect was very interesting and thought provoking.

In addition to being a super listen, I was thrilled to learn so much more about DNA and forensics...and am hoping Edward delves into another cold case.

Incredible story about DNA, the evolving of it as a valuable tool in discovery..on all levels
An easy listen by a skilled narrated this story is a must listen for true crime enthusiasts…heartbreaking for the families, but a fascinating and truly inspiring story with total admiration for the detectives involved
Thank you Audible