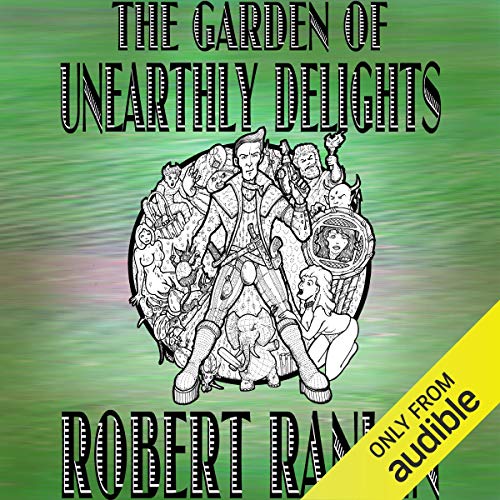 You are now leaving the age of Aquarius please lower your seat when rising from your head.

It was something to do with the cycles of history. The way great civilizations rise and fall. Golden ages and dark ages. Things of that nature.

Few people noticed at first. The changes. They were subtle to begin with. Like when the Leader of the Opposition challenged the PM to step outside and settle things man to man. And the PM agreed. Or the way the baked ham rose up against Dave while he was standing in the check-out queue at Budgens. Small things. But they just kept getting bigger.

And by the time everyone realized that something very strange was going on, it was all too late.

The Earth had left behind the age of science and reason and moved once more into a time of myth. A time of legend and heroes. Of romance and wizardry and wonder.

What listeners say about The Garden of Unearthly Delights

What a fun ride! Fans of English comedy will surely enjoy this. Well done. Also the author does a fantastic job of narration.... I wonder if that's just because he is British.