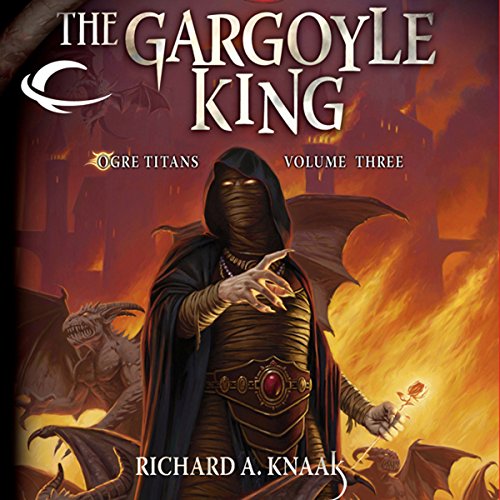 Written by: Richard A. Knaak
Narrated by: Paul Boehmer
Free with 30-day trial

A climactic battle of magic and steel from the New York Times best-selling author of The Legend of Huma! The Titans have gained the Fire Rose and seized the ogre realms from the Grand Khan Golgren. With the powerful artifact created by the god Sirrion, they have literally recreated the capital, Garantha, and they intend to remold the people next. Although the Titans believe Golgren is dead, the half-breed survives. With few he can trust and facing magic, treachery, and distrustful gods, Golgren must find the answer in his own past if he has any hope of overcoming the Titans and the powers of the Fire Rose. In doing so, however, he risks becoming a pawn of the gargoyle king.

What listeners say about The Gargoyle King