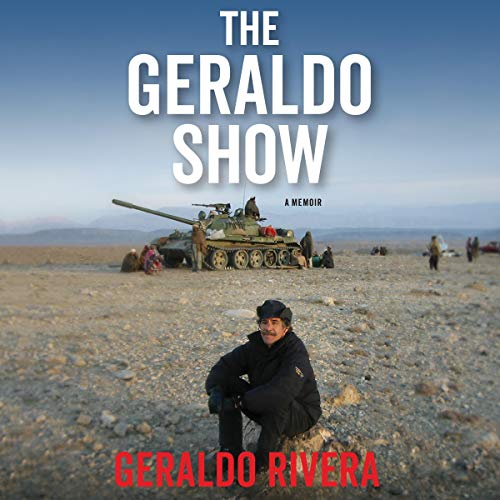 In public life for half a century, my image and reputation have had more ups and downs than the Cyclone roller coaster at Coney Island. I have been called savior and sinner, fool and wise man, crusader and exploiter, hothead and dope. I am routinely scorned, admired, beloved, and belittled. The opinions are usually based on when they tuned in. Were you around for my early days as a crusading local newsman? Did you waste an evening inside Al Capone's empty vault? Were you watching when the bombs dropped in Afghanistan or Iraq, or did you tune into the raucous talk show when my nose got broken in the best television studio brawl ever caught on tape?

Since the attacks of September 11, 2001, and my employment by the conservative rabble-rousers of Fox News, and, more recently, with the coming of the Age of Trump, my professional life has been even more difficult to define. How could a sincerely progressive native-born Jew Rican New Yorker like me ever work for an outfit better suited to the vibes of Orange County, California, the Dixie, Appalachia, or the Mountain West? How could I not condemn and obstruct a wrecking ball like Donald Trump?

Over five decades, I have met most of the era's good and bad guys, from Ronald Reagan to Charles Manson, Fidel Castro to Yasser Arafat, and Muhammad Ali to John Lennon. Two figure heavily in this book, both longtime friends. Roger Ailes is the disgraced yet undeniably brilliant creator of Fox News. Donald Trump, once a flamboyant playboy, billionaire businessman, is now 45th President of the United States.

Now at the vigorous twilight of my career, I have nothing left to prove, and time has both enlightened and humbled me. In this book, I speak frankly about my failures and successes, my humiliations and triumphs. Throughout my career, I've done my best to provide you with groundbreaking journalism and great entertainment. In this book, I've tried to provide both...and a few life lessons, as well.

What listeners say about The Geraldo Show

Geraldo does an absolutely amazing job reading his book. Captivating, entertaining (meaning I laughed out loud in my cubicle several times) and very informative. Glad I got it. Thanks, Geraldo. You’re an awesome human being.

The book reminded me of Geraldo’s long history in the news. He shares some personal stuff many of which are surprising and not ones that show him in the best light. He’s honest, self depreciating and nuts in many ways. You understand what it is that motivates him to work so hard to succeed. Not someone I want as a best friend, but certainly someone who has been prominent for many years in the news biz.

No wonder he can’t walk!!

Geraldo, thank you for taking me on this amazing journey over your life and for your honestly! Frankly I understand the reason you’re having trouble walking at your age, it’s hard to shuffle with a pair as big as yours!! This book was fantastic to listen to from start to end!!

Although somewhat long, I enjoyed it.

I knew that Geraldo Rivera has had quite a career, but I never knew just how extensive it has been. Lots to hear about, especially as his time being an embedded war correspondent. And he puts it all out there, the good as well as the not so good, in both his professional and his personal life. He narrates it the same way he reports. I found it to be very interesting.

Whether or not I’ve always agreed with Geraldo (I haven’t), I’ve always respected him and his loyalty to his friends, his unique style of reporting, and his guts when it comes to going into war zones to report on what’s happening from the ground.

He’s a breath of fresh air, and this book was one that couldn’t be put down. It’s worth the time to read or listen to. If you are open-minded and like to draw your own conclusions about things, you’ll love this book.

I have watched Garldo his hold career great reporter and story teller. I strongly recommend the book.