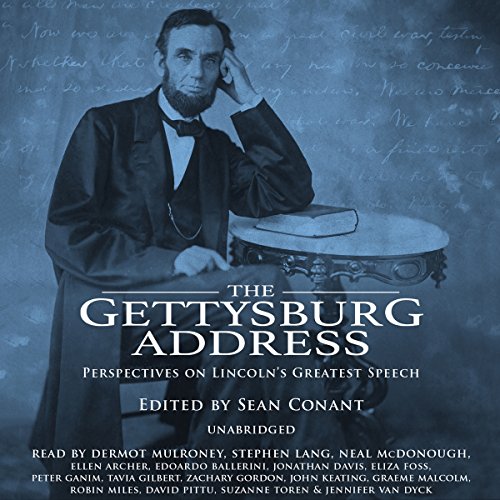 It remains without question the most memorable and memorized speech in American history. On November 19, 1863, in 272 words delivered among the freshly dug graves of Union dead upon the country's bloodiest battlefield, Abraham Lincoln redefined American liberty and forever altered the course of the nation.

This volume aims to place the Gettysburg Address in its full context, examining both its influences and impacts, and approaching it from a number of modern perspectives. Never before in one anthology has Lincoln's immortal address been viewed through such far-reaching lenses as emancipation, women's rights, immigrant rights, LGBT rights, and more. The scholarship included in this audiobook is new and exciting, with each of its 15 essays providing further meditation on major themes in the evolution of freedom and equality in America.

Edited by filmmaker Sean Conant and with contributions from some of the country's leading scholars including Sean Wilentz, Craig L. Symonds, and Harold Holzer, this volume explores how in the century and a half since it was delivered, the Gettysburg Address has proven a seemingly inexhaustible source of somber reflection and soaring hope, and why its language continues to resonate with so many people seeking meaning for their own struggles and sacrifices.