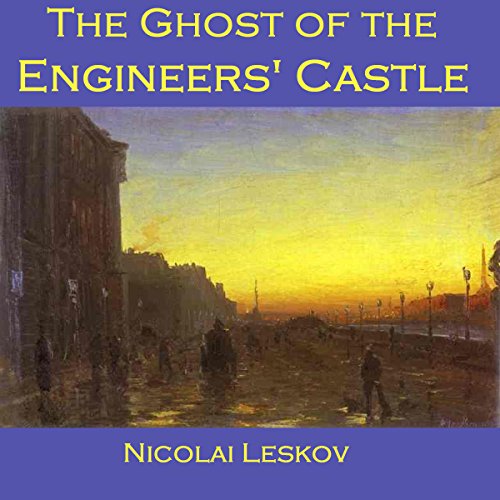 The Ghost of the Engineers' Castle

Nikolai Semyonovich Leskov (1831 — 1895) was a Russian novelist, short story writer, playwright, and journalist. He was a favourite of Leo Tolstoy, Anton Chekhov and Maxim Gorky among others. Leskov is praised for his innovative techniques and his ability to create a vivid picture of contemporary Russian society.

The Ghost of the Engineers' Castle is a ghost story in which his storytelling skills are displayed to perfection. Scene by scene the tension builds up until the listener's hair is standing on end. The young cadets who live in the ancient castle of the late Emperor Paul, now known as the Engineers' Castle, are afraid of the many ghosts rumoured to walk the corridors at night. They are also fearful of the nebulous "grey man" who appears at dusk and will exact terrible revenge on them. So when they are given the task of holding watch at night over the coffin of the deceased General Lamnovsky, a spiteful man who himself would have every motivation to return from the dead and avenge himself on the naughty cadets, they are very afraid. One of them does show bravado in front of his comrades... but even he is petrified at the awful apparition which then appears.