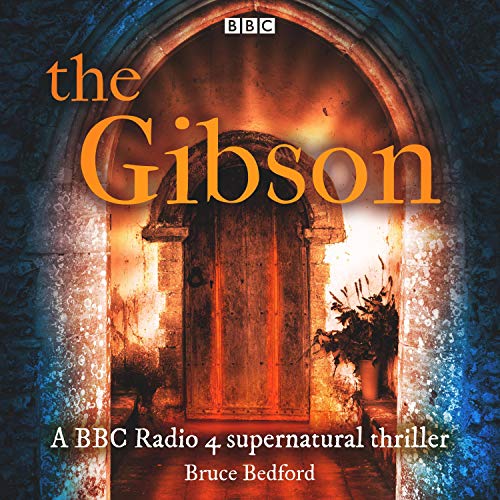 Robert Glenister stars in this time-hopping supernatural thriller set in (and under) Bath.

It's 1999, and aspiring poet Saul Judd is living quietly in Bath with his wife, Elise, and son, Thomas. But when he wins a competition he never intended to enter, he is drawn into a web of dark forces and mysterious events.

What is the link between leprous Prince Bladud, founder of Bath; a Dark Ages scribe's prophetic chronicle; a geriatric nursing home resident's warnings and a toddler's terror of 'the Gibson room'? Why is someone sending Saul threatening messages attached to assegais? And who are the Guardians - and what do they want?

As Saul struggles to put the pieces together, he unwittingly puts himself and his family in great danger. For unbeknownst to him, an ancient power source is buried under a hill outside Bath and two rival factions have been battling for millennia to control it. As the city gears up to celebrate the opening of the Bath Festival, Saul must prepare for the endgame - and for the fight of his life....

What listeners say about The Gibson

So Dissapointed Avoid ilke the Plauge

I have had this on pre-order for ages. I thought it was the life story of a Gibson Guitar with a sex drugs and rock and roll background through the 60's and 70's.

Six episodes, which if you got rid of all fillings like credits and music interludes would have added up to 35minutes. The story was weak. If you want to name a monster then call it Tlaltecuhtli or something old and odd not hey what should call the monster er er I know Gibson. The characters were utterly unbelievable despite carrying heavyweight actors who tried hard with a terrible story and script. Like where on earth did C2 get the where with all for a flaming satellite, talk about willing suspension but sir you go too far

Take my advice and avoid wasting 3 hours on this rubbish.