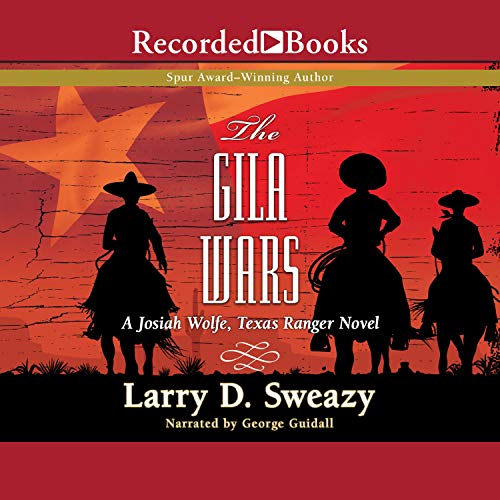 Texas Ranger Josiah Wolfe and his friend Scrap Elliot are ready to extinguish the loathsome Juan Cortina. Unfortunately, their direct orders are to only spy on Cortina's cattle rustlers, which makes them two easy gringo targets. So much so that their first scuffle leaves Josiah seriously injured and Scrap on his own in his pursuit of Cortina.

Recovering from his injury, Josiah is hit with a Dear John letter from his sweetheart. Luckily, a Mexican girl, Francesca, is there to help heal his wounds. But when Scrap returns full of malice directed toward his former comrade, Josiah can no longer tell who his friends are and where his heart lies. Only one thing is certain - he must put an end to Cortina's reign before it's too late.

What listeners say about The Gila Wars