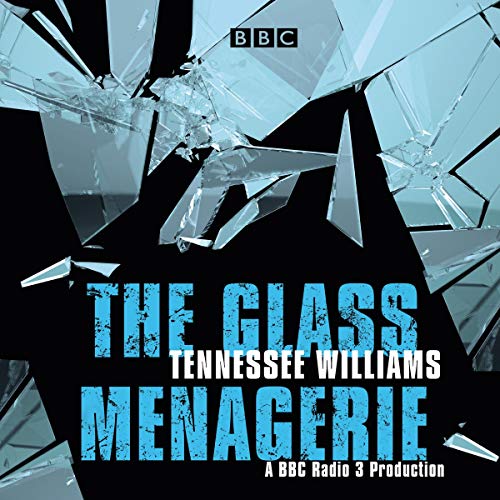 Tennessee Williams' iconic play tells the story of a family trapped in their own unhappy situation and the shattering of their quiet existence when is stranger is brought home.

Tom shares the cramped and claustrophobic tenement home with his overbearing mother, Amanda, and painfully shy sister, Laura. He works in a warehouse but dreams of becoming a poet, escaping his mundane life. Laura hides at home, lacking the confidence to engage meaningfully with the outside world, preferring instead to lose herself in her collection of fragile glass animals. Amanda sells magazine subscriptions over the phone and commits herself to finding a match for her daughter. One day, Tom succumbs to his mother's pressure and brings home a gentleman caller....

Creating a dreamlike atmosphere, The Glass Menagerie has remained one of Williams’ most touching, tender and painful works.

Tennessee Williams' drama is one of the most loved and well-known stage plays of the 20th century. It won the New York Drama Critics' Circle Award in 1945 and paved the way for Williams to become one of America’s most highly regarded playwrights.

The Glass Menagerie is introduced by John Lahr, author of the acclaimed biography Tennessee Williams: Mad Pilgrimage of the Flesh.

Directed and produced by Sasha Yevtushenko

Music for violin arranged and performed by Bogdan Vacarescu

What listeners say about The Glass Menagerie

This is liberty science. Everybody should have read and think about that theatre. Very emotional.

Excellent performance of one of the most important pieces of American drama. An immersive recording that helps the listener imagine the staging of the play.

Nice to revisit this book

Having read this book in high school, it’s been on my mind to read it again. I didn’t remember the story but remember loving it.

The tragedy of Shakespeare and his Sister

A beautiful adaptation, touchingly and tragically acted by the players who nail each of their roles.

This performance is truely great, and allows the mind's eye to clearly visualise the scenes as they unfold.