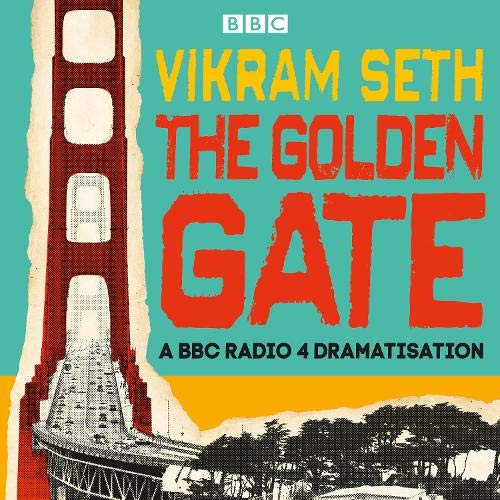 A BBC Radio 3 dramatisation of Vikram Seth's verse novel about the lives and loves of a group of 20-somethings in 1980s San Francisco.

Award-winning novelist Vikram Seth is renowned worldwide for his magnum opus A Suitable Boy. But his dazzling debut, though less well-known, is equally innovative, masterly and ambitious. First published in 1986 and inspired by Pushkin's Eugene Onegin, it is written entirely in verse, comprising almost 600 stanzas of rhyming sonnets.

This epic poem focusses on the interconnected stories of five young professionals, as they make their way in the 'unfettered city' of San Francisco in the '80s. There's lonely computer engineer John; his sculptor ex-girlfriend, Jan; a drummer in a heavy-metal band; his best friend, Phil; a divorced dad who's turned his back on Silicon Valley to become a peacenik; lawyer Liz, devoted to her cranky, elderly cat, Charlemagne and Ed, Liz's brother, a fervent Christian torn between his faith and his homosexuality.

We follow them from coffee shops to concerts, parties to peace protests, Sonoma Valley wineries to singles bars as they forge (and break) friendships, flirt, date, start relationships, split up and try again with someone new. Their search for romance, fulfilment and self-realisation - for 'someone who will do for love, and who may love us, too' - will bring them happiness, heartbreak, joy and pain....

Not merely a portrait of youthful love and loss, but also of a time and a place - San Francisco at its zenith, before gentrification and the tech giants took over - Seth's delightful verse narrative is by turns funny, playful, lyrical and profound. This BBC Radio 3 adaptation, first broadcast in 1999, stars Mark Leake as John, with Barbara Barnes as Liz, Laurel Lefkow as Jan and Michael Neil as Phil.

What listeners say about The Golden Gate