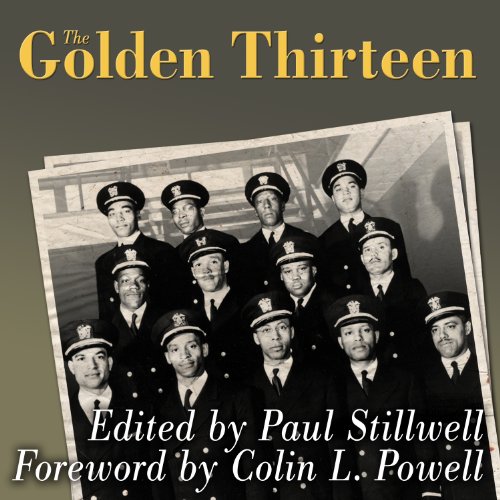 In January 1944, 16 Black enlisted men gathered at the Great Lakes Naval Training Station in Illinois to begin a cram course that would turn them into the US Navy's first African American officers on active duty. The men believed that if they failed they would set back the course of racial justice, so they banded together and all 16 passed the course. Twelve were commissioned as ensigns and a 13th was made a warrant officer.

Years later, these pioneers came to be known as the Golden Thirteen, but at the outset they were treated more as pariahs than pioneers. Often denied the privileges and respect routinely accorded White naval officers, they were given menial assignments unworthy of their abilities and training. Yet despite this discrimination, these inspirational young men broke new ground and opened the door for generations to come.

In 1986, oral historian Paul Stillwell began recording the memories of the surviving members of the Golden Thirteen. He also interviewed three White officers who served with and supported the efforts of these men during World War II. This book collects their stories.

What listeners say about The Golden Thirteen

Lot to learn for everyone

Being retired from the USAF of 20 years from 94-14, what these men went through before my own parents went through, is eye opening. I thank them, their service opening doors for me that I didn’t know where there.