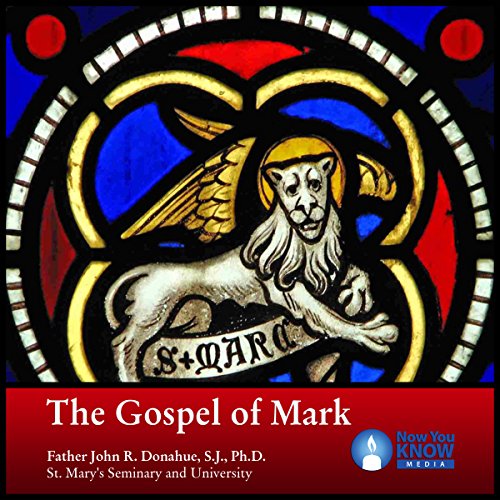 The Gospel of Mark

Christianity was at a crossroads. The great apostles Peter and Paul had died. Members of the original Christian communities had passed. Jesus' word might also soon be buried and forgotten. But it was Mark's good news that saved the faith.

Did you know that Matthew's gospel includes over 90 percent of Mark's material? The Church has long revered both as divinely inspired. But for centuries, it was thought that Mark was the "orphan gospel", mostly just a briefer version of Matthew. Most scholars now believe Mark was written first. Although the shortest and most plainspoken of all the gospels, it is also a crucial independent source on Jesus, his life, and his ministry.

With award-winning New Testament scholar and Catholic priest Father John Donahue, you will come to know the Gospel of Mark, the exciting stories it tells, and the history of its composition. Fr. Donahue, with his 30 years of Mark scholarship, tells Jesus' story through Mark's eyes as Jesus faces evil, heals the sick, and urges us to take a hard look at how we live our own lives. Most importantly, you will see Jesus as not only divine, but as a man who died for the world's sins.

These 12 talks will prove invaluable companions for anyone seeking a deeper and fuller understanding of this simple, but fulfilling, gospel.

Dry as a pice of burnt toast

Overly intellectual, so as to suck the life out of the word's. Dry and without passion in the reading