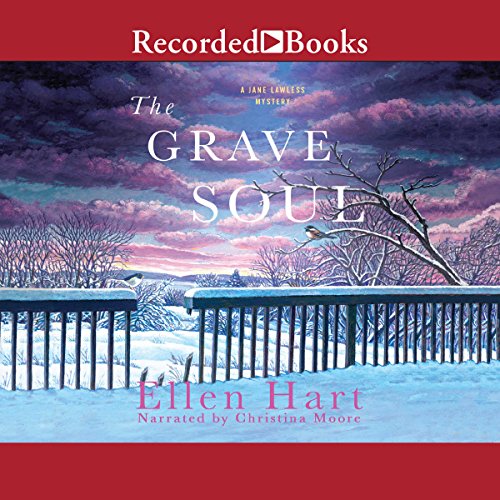 In the next riveting, insightful Jane Lawless mystery from award-winning Ellen Hart, Jane searches for the truth behind the death of Kira Adler's mother, which has haunted Kira for many years.

When Guthrie Hewitt calls on restaurateur and private investigator Jane Lawless, he doesn't know where else he can turn. Guthrie has fallen for a girl - Kira Adler. In fact, he was planning to propose to her on Christmas Eve. But his trip home with Kira over Thanksgiving made him uneasy.

All her life, Kira has been haunted by a dream - a nightmare, really. In the dream, she witnesses her mother being murdered. She knows it can't be true because the dream doesn't line up with the facts of her mother's death. But after visiting Kira's home for the first time and receiving a disturbing anonymous package in the mail, Guthrie starts to wonder if Kira's dream might hold more truth than she knows.

When Kira's called home again for a family meeting, Guthrie knows he needs Jane's help to figure out the truth before the web of secrets Kira's family has been spinning all these years ensnares Kira, too. And Jane's investigation will carry her deep into the center of a close-knit family that is not only fraying at the edges but about to burst apart.

In The Grave Soul, Ellen Hart once again brings her intimate voice to the story of a family and the secrets that can build and destroy lives.

Spoiler alert: I may reveal some parts that give away some of the ending.
This is the second book by Ellen Hart I have read with the protagonist Jane Lawless. The first book I found very intriguing and was enticed to read this book. Ms. Hart is a true artist at character development and storyline that keeps you to the very end. So why only one star?
I like a story that does not end neatly packaged with all the pieces in place. Her story certainly does not end the way one expects. It turns out to be a garden variety murder with all the conventional reasons: the murder has obvious motives along with poor impulse control and anger issues. Even though the victim is has a less than stellar reputation, that cannot alone justify the loss of their life. Most readers want to have some justice meted out even if it is not conventional. In this case, justice does not happen because it would be inconvenient to many people. The author offer no justice or sense of moral satisfaction.But the author is not asking the reader to review their moral or ethics to justify a murder which would be interesting if disturbing. It feels the author could not figure out how to find a way to finish the story to meet standard set by her beautiful development of the plot and lost her way.