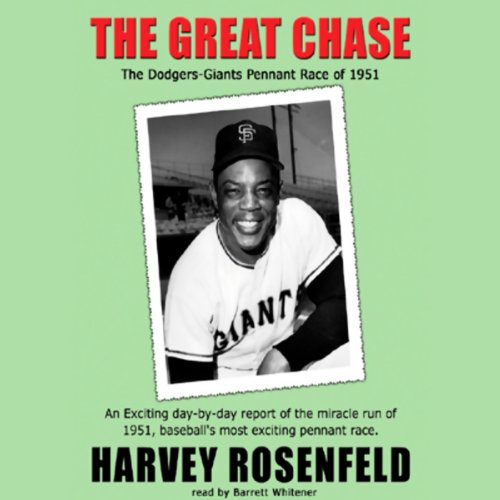 The Great Chase is an exciting day-by-day report of the miracle run of 1951, baseball's most exciting pennant race.

On October 3, 1951, Bobby Thomson's "shot heard around the world" ended one of the most dramatic pennant races ever. Interviews, contemporary newspaper articles, and memoirs of participants are used to describe the intense rivalry and provide a day-by-day look at the Giants' pennant run, including a fascinating examination of the strategy of the final game.

I was very excited about the subject as I am a die hard baseball fan, however the narrator is so poor, it is very hard to listen. Many names are mispronounced and they are pronounced different ways throughout the book. It just shows that the narrator has no idea of what he is talking about. It is too long as well. I read a review that said there was a problem with the narration, but I was so excited about the story, I figured how bad could it be. Now I know. Better luck with my next purchase.