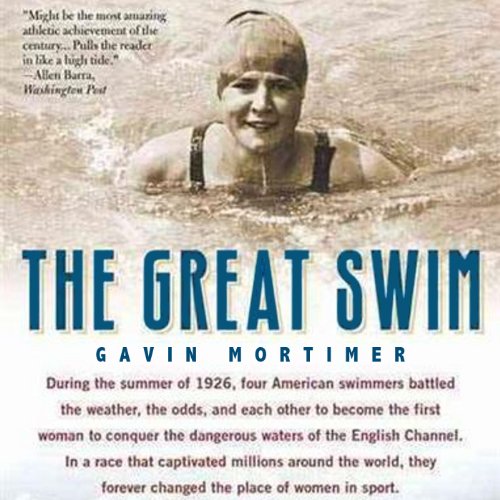 The dramatic story of the four courageous female swimmers who captivated the world in the summer of 1926.

Despite the tensions of a world still recovering from World War I, during the summer of 1926, the story that enthralled the public revolved around four young American swimmers - Gertrude Ederle, Mille Gade, Lillian Cannon, and Clarabelle Barrett - who battled the weather, each other, and considerable odds to become the first woman to conquer the brutal waters of the English Channel.

The popular East Coast tabloids from New York to Boston engaged in rivalries nearly as competitive as the swimmers themselves; each backed a favorite and made certain their girl - in bathing attire - was plastered across their daily editions. Just as Seabiscuit, the little horse with the big heart, would bring the nation to a near standstill when he battled his rival War Admiral in 1938, this quartet of women held the attention of millions of people on both sides of the Atlantic for an entire summer.

Gavin Mortimer uses primary sources, diaries, interviews with relatives, and contemporary reports to paint an unforgettable portrait of a competition that changed the way the world looked at women, both in sport and society. More than an underdog story, The Great Swim is a tale of perseverance, strength, and sheer force of will. A portrait of an era that is as evocative as Cinderella Man, this is a memorable story of America and Americans in the 1920s.

What listeners say about The Great Swim

Would you consider the audio edition of The Great Swim to be better than the print version?

The audio edition is very entertaining & moves well. Excellent narrator. This is not the kind of book that has to be read in the traditional way, no crying need for referring to maps or photographs to follow along.

The author focuses on several women who were trying the be the first to swim the channel that summer, not just Gertrude Ederle, who was the one who did it first.