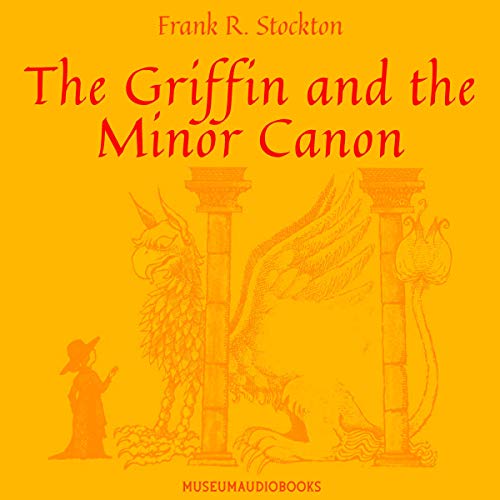 The Griffin and the Minor Canon

Frank Richard Stockton (1834-1902) was an author and humorist, best known for a series of fairy tales that were hugely popular during the latter part of the 19th century. Stockton avoided the moralizing common to children's stories of the time, and instead humorously poked fun at the abuse of power, greed, violence, and a host of other human flaws. A griffin (a beast that is a combination of eagle and lion) comes to a town that has his likeness above the church door. Having never seen himself, the griffin becomes entranced with the statue, but his presence frightens the villagers and they ask their Minor Canon to get rid of him. This lovely children’s tale reveals how the Minor Canon got rid of the creature without serving as a meal.