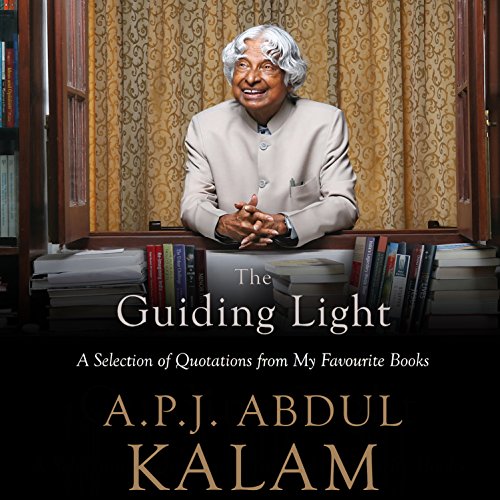 From his schooldays to this day, when he is over eight decades old, Dr Kalam has been a lover of the written word. In The Guiding Light, he chooses the finest examples of writings from the numerous books, religious texts, philosophical tracts and poetry that he has read over the years. These words have impacted and shaped his thinking, helped him in times of need and made him the person he is. He has quoted from these works in his writings and lectures that have inspired millions of people he has met all over the world.

Included here are extracts from the works of writers as diverse as Rabindranath Tagore, Albert Einstein, Friedrich Nietzsche, Jiddu Krishnamurti, William Shakespeare, John Milton and Mahatma Gandhi; as well as lines from the Holy Koran, Bhagavad Gita, the Bible, the Thirukural and a myriad other works.

Eclectic, erudite and thought-provoking, The Guiding Light is a treasure house of wisdom and deep reflection. Beautiful and immortal, the pieces here will inspire generations of listeners as they have inspired Dr Kalam.

What listeners say about The Guiding Light