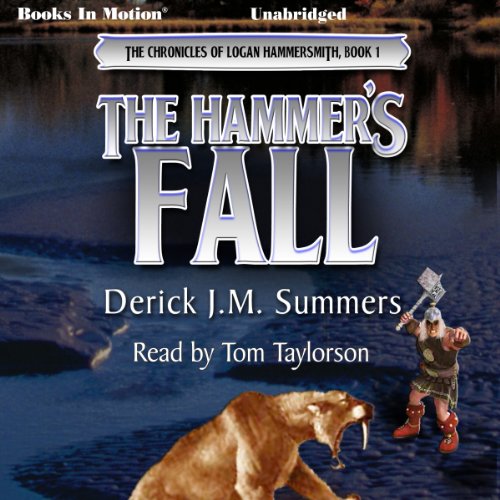 Found as a babe amidst the dead and dying in the wake of a great battle, raised as the beloved son of blacksmith and warrior Hagar Hammersmith, Logan always knew that he was different. And with curses and stares and sometimes with fists, the villagers of Solan Bay did their best to makes sure he would never forget it. But on that day, the day the slavers came to Solan Bay and left him for dead in a pool of his own blood, everything changed. Logan learned the truth of his existence, of his destiny. Forged in the heat of battle, tempered in blood, Logan was an instrument of change. Fueled by rage and loss, Logan begins a journey to set things right. If setting things right means changing the world - so be it!

What listeners say about The Hammer's Fall