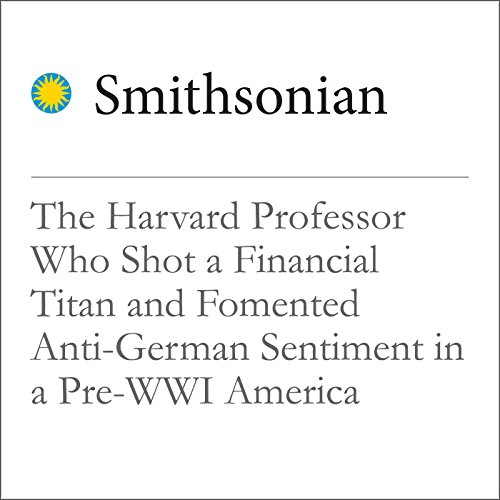 The breaking news of July 4, 1915, shocked New Yorkers and the rest of the country. A shooting at the home of America’s most powerful banker J.P. Morgan, the son of the financial giant (and tyrant) with the same name, exposed tensions that could barely be kept under wraps as the United States—with about 15 percent of its population born abroad—struggled to remain neutral in the war tearing apart Europe.

"The Harvard Professor Who Shot a Financial Titan and Fomented Anti-German Sentiment in a Pre-WWI America" is from smithsonianmag.com, published on July 2, 2015.