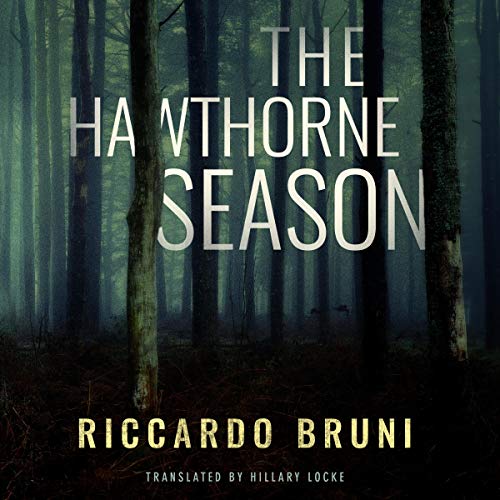 As winter thaws, secrets emerge in a once-sleepy village in the mountains.

Since the death of his father by a drunk driver, Giulio Rodari has touched alcohol only twice—and the second time was the night his ex-girlfriend, Patrizia, was murdered. The morning after, the celebrated children’s author awoke to a black hole in his memory—and to accusations of the crime. He had been known to stalk her. He had confronted her in an intoxicated rage on her last night alive.

Beyond that, Giulio doesn’t remember a thing.

To escape the spotlight, he retreats to the small mountain town where he grew up, staying under house arrest at his mother’s hotel. Covered in an inescapable pall of winter white, the village is haunted by a local tragedy—a bridge collapse that took seven lives. Now, as long-buried secrets and hidden rivalries emerge, Giulio struggles to separate reality from illusion. As the police investigate, will he be able to fill in the missing pieces of the murder he’s accused of?

What listeners say about The Hawthorne Season

This was a good book.

I got a little confused by the names, but by the end it shook out nicely.

The narration kept me on track by the very distinct voices.

Two stars for Overall and Story because it doesn't seem fair to give one star for an incomplete listen. The 1 star for Performance - and the reason I could not finish - is generous. Character voices are cartoonish and when in narration mode, the reader uses the overcautious phrasing and timing suitable for kindergarten storytime.