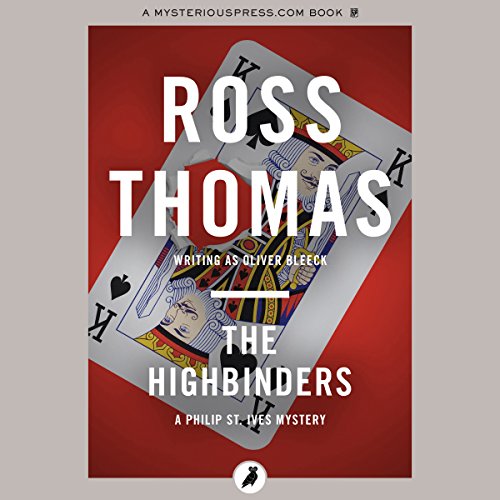 St. Ives goes to London on a job for the least trustworthy con artist he knows.

Philip St. Ives has only been in the pub a few minutes before he realizes his whiskey is drugged. Instantly sick, he’s vomiting on the sidewalk when the muggers appear. He fights as best he can in his drugged state, and only when he feels the handcuffs does he realize his assailants aren’t muggers - they’re cops.

He wakes in a dingy cell to the knowledge that English Eddie Apex has pulled a fast one on him. English Eddie is not English, but talks with a British accent that once made him New York’s most refined con artist. In retirement and living in London, he had hired St. Ives - a professional mediator between crooks and their marks - to come to England to help him recover a stolen painting. The drugged whiskey won’t be the last surprise St. Ives gets in Blighty, and the police won’t be the only ones who try to cause him pain.

What listeners say about The Highbinders

good, but not as advertised

Where does The Highbinders rank among all the audiobooks you’ve listened to so far?

Liked the book, liked the narrator and I am a long time fan of Ross Thomas. However, the book has nothing to do with the late and very great comedian W.C.Fields. Best check the advertisement. As a mystery book based in England it held my interest. You could do worse.