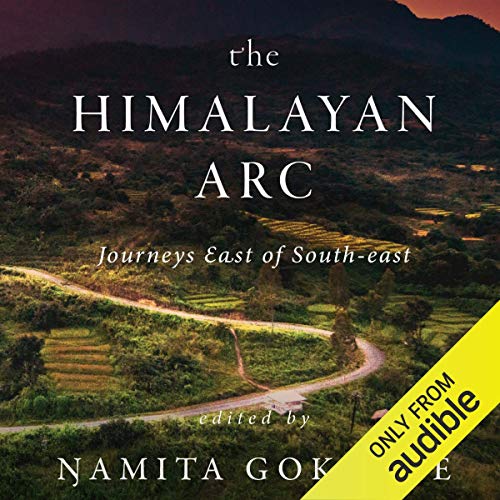 The Himalayas, the tallest and the youngest mountains in the world, spread from Afghanistan and Pakistan through India, Bhutan, Nepal and Myanmar, with their northern extrusions, the Ximalaya Shanmai, across the Tibetan plateau in China. Despite border restrictions, the inhabitants of this region continue to share a trans-Himalayan identity, fragile yet enduring.

The Himalayan Arc focuses on a crucial, enthralling, politically turbulent, yet often underreported part of this Himalayan belt the East of South-east. With over 30 contributors such as Sanjoy Hazarika, Janice Pariat, Prajwal Parajuly, Thomas Bell, Ma Thida, Salil Tripathi, Catherine Anderson and Indira Goswami, it attempts to describe the sense of shared lives and cultural connectivity between the denizens of this area. Poetry, fiction and mysticism are juxtaposed with essays on strategy and diplomacy, espionage and the deep state, photographs, folk tales and fables. From the unique identity of a Himalayan citizen to the geopolitical jigsaw that is the region; from the hidden spy network in Kathmandu to intimate portraits of Shillong, Gangtok, Darjeeling and other cities; from the insurgency in Assam to a portrait of Myanmar under military rule, the essays, stories and poems in this anthology highlight the similarities within the differences of the Himalayan belt.

Providing insider and outsider perspectives on this intriguing part of the world, The Himalayan Arc is a travel book with a difference.

What listeners say about The Himalayan Arc