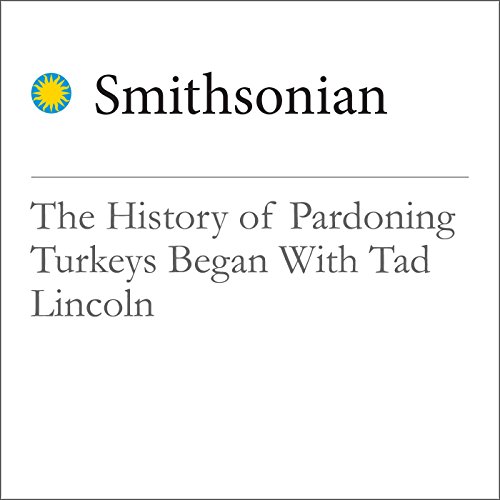 The History of Pardoning Turkeys Began With Tad Lincoln

President Barack Obama pardoned his fourth turkey today, in what many believe is a Thanksgiving tradition dating back to 1947, when President Harry Truman, standing outside the White House, was presented with a holiday bird by the National Turkey Federation.

"The History of Pardoning Turkeys Began With Tad Lincoln" is from smithsonianmag.com, published on November 21, 2012.