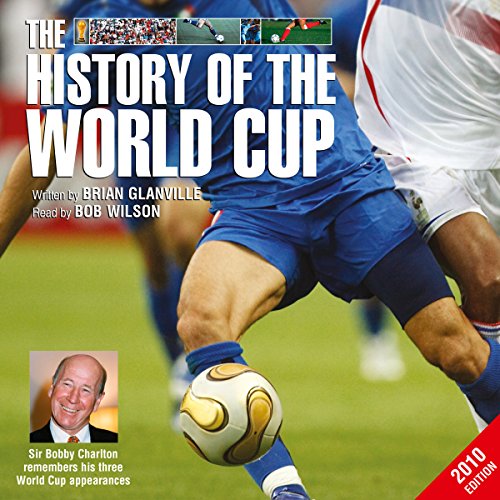 The World Cup is the largest sports event outside the summer Olympics: the progress of the 32 countries which qualify for the finals is watched by billions all over the globe. Since the very first World Cup in Uruguay in 1930, there have been 18 finals, held every four years (with a 12-year break over the World War II period). The World Cup in South Africa will be the 19th.

Brian Glanville, the distinguished journalist and World Cup historian, has written a fascinating history of the event. Here are the men who played, the goals they scored, the triumphs, the failures, the shocks, and the scandals. Here are the stories of heroes - Pele, Eusebio, Bobby Charlton, Franz Beckenbauer, Johann Cruyff, Diego Maradona, and many more - as well as the villains, the managers, the referees, and the football politicians. It is one of the greatest stories of world sport.

While the history of soccer's World Cup is summarized chronologically, the players' stories are not as detailed. Instead, the content focuses on the criticism of referees throughout its examination of the games. Narrator Bob Wilson, a former player, knows the sport and keeps to a steady pace; his clear British accent never wanders into overt excitement or derision. Musical interludes serve as breaks, and an interview with former player Sir Bobby Charlton is included at the end. Soccer fans and World Cup buffs, rejoice. Novices, though, might want to watch a few matches before delving into this history.

he steamy scenes in this book are indescribable It kinda have you blushing and fanning yourself when listening to tis audiobook. It's a not stop ride of emotions from happy and laughing along with them, to sad and crying, and all tne emotions. Great audiobook.

Are you a soccer fan, but wasn't alive during the 1930s - 1980s, check this book out. You'll get caught up with the history of the WC and learn much, much more