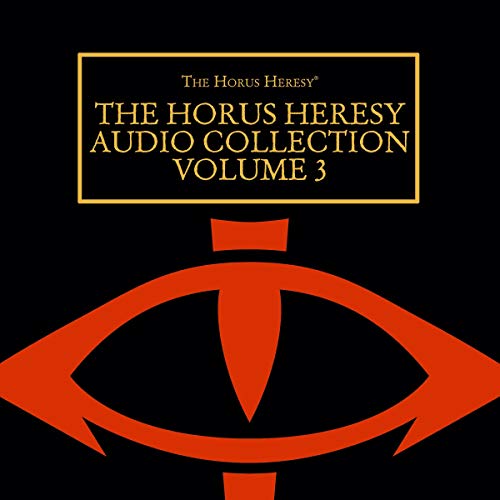 Delve into the Age of Darkness with a collection of 10 audio dramas starring loyalists and traitors alike, which show some of the many desperate battles of the Horus Heresy.

You may have read or listened to the prose versions of some of these stories in Horus Heresy anthologies - now is your chance to experience the original versions, complete with multiple actors, immersive sound effects and music.

For more than 200 years, the armies of the Emperor of Mankind fought to reconquer the galaxy - led by the superhuman primarchs, the Space Marine Legions brought countless worlds back under the rule of ancient Terra. Now Horus, once honoured Warmaster and favoured son of the Emperor, has been corrupted by the whispered promises of Chaos. At his command the Imperium is torn apart by a terrible and bloody civil war, the likes of which the galaxy has never seen....

This audio drama anthology contains 10 tales from the best-selling Horus Heresy series, delving into the survivors of a hideous massacre, the traitor Warmaster's goals and his methods of achieving them, battles between mighty Titans on a war-torn world and much more.

'Strike and Fade' by Guy Haley.

'The Eternal Blade' by Graham McNeill.

'The Eightfold Path' by Anthony Reynolds.

'Guardian of Order' by Gav Thorpe.

'Honour to the Dead' by Gav Thorpe.

'The Either' by Graham McNeill.