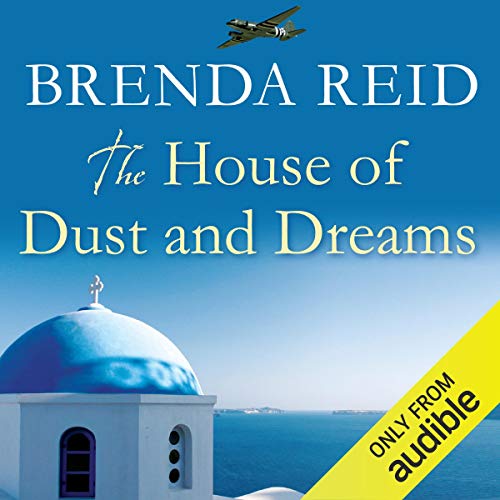 The House of Dust and Dreams

Greece 1936. A young British diplomat and his wife have been posted to Athens. Hugh loves the life there but his spirited and unconventional wife, Heavenly, finds it hard to fit into the whirl of endless parties and socialising. When Hugh is sent to Crete to sort out a problem, they stay in a rundown house owned by his family. Heavenly falls in love with the place and the people, and stays on when Hugh returns to his duties.

As she tries to rebuild the ramshackle home, Heavenly makes firm friends with Anthi, a young woman from the village and Christos, the handsome and charismatic young builder. But the dark clouds of war are gathering and the island will become a crucible of violence and bloodshed in the days to come. For Heavenly, her friends and family, it will be the greatest test they have ever known.

The beauty of Crete, it's people and the hardship, but a community so well described of that time before and during the last war. A sensitive, charming yet a time brutal narrative. I thoroughly embraced the book. If you have never been to Crete, the island where God has his home, this book will maybe give you a special respect for it.

Such a beautiful story.

Would you consider the audio edition of The House of Dust and Dreams to be better than the print version?

Difficult to say! I read the sequel and didn't enjoy it as much as this one.

Having lived in Greece for many years I enjoyed the characterisation of the local Greek villagers, which was so true to life. The story was very moving.

What does Sian Thomas bring to the story that you wouldn’t experience if you had only read the book?

Sian Thomas is an excellent narrator and brings the story to life.

The part that moved me most was when Heavenly had to give up both her baby and the love of her life.