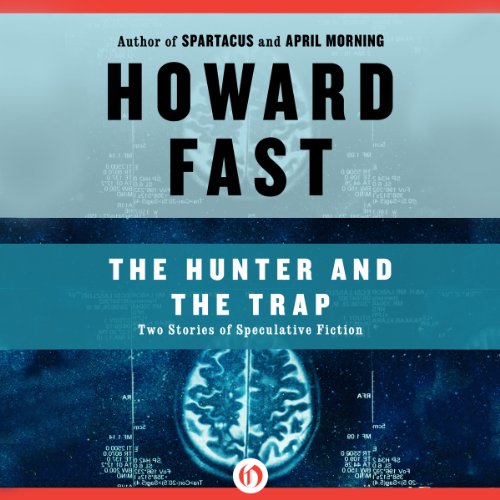 The Hunter and the Trap

The Hunter and The Trap presents two thrilling and suspenseful stories by Howard Fast, one of the most prolific authors of the 20th century. In “The Hunter,” celebrated but down-on-his-luck novelist Andrew Bell returns to New York from an African safari only to find himself the prey in someone else’s big game hunt. Bell must seek the help of an old friend in order to escape with his life.

In “The Trap,” an ex-soldier is tasked with traveling the world to find children for a daring social and scientific experiment. In a secret compound in California, a group of government-funded US scientists are attempting to win the Cold War by developing a race of super-humans. Isolated from the shortcomings of human society and nurtured to their full potential, these brilliant children begin to develop powers, including telekinesis and telepathy, which represent the next leap in human development.

These two engrossing stories are at once horrifying, thrilling, tragic, and uplifting, demonstrating Fast’s range and versatility.

A crisp delivery highlights Christopher Kipiniak’s performance of Howard Fast’s The Hunter and the Trap.

In the first of two tales of speculative fiction, an aging Hemingway-like writer named Andrew Bell returns from safari to find himself sought after as prey. In the second tale, a former soldier must seek out children for a top-secret government experiment to breed a race of super-extraordinary humans capable of telepathy and telekinesis.

In his performance, Kipiniak’s switches from the world-weary tone of his narrative voice to characterizations that range from squeaky-voiced female characters to croaking male heavies.