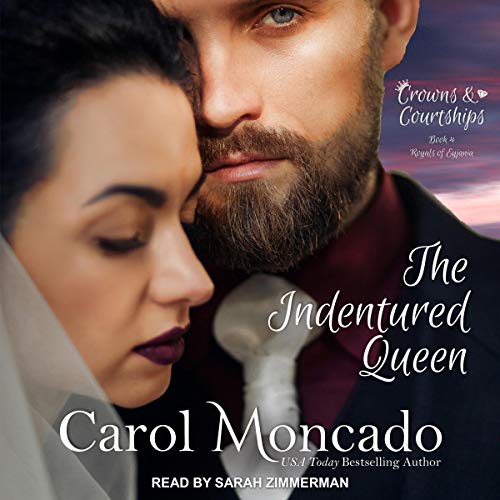 King Benjamin is about to have control of his own home for the first time in his life. By evicting his uncle, he can finally become the ruler he was meant to be.

But revenge is a dish best served cold - or at least lukewarm - and his uncle's revenge comes just two days later when a press release announces Benjamin's engagement.

To a modern-day scullery maid.

Katrin Jonsson took over her mother's debt to the Eyjanian royal family as soon as she turned 18. Five years down. Only 10 - or more - to go.

Until the king offers her a way out.

Marry him, in name only, for a year, then disappear. Her indenture will be paid off - and, more importantly, her mother and brother will be taken care of for life.

The wedding won't change anything about her life because no one will know the truth of their arrangement.

A disconcerting incident softens Katrin's heart toward the usually impassive king. But, even as she begins to fall for the man he could become, she wonders if she'll ever be more than The Indentured Queen?

What listeners say about The Indentured Queen

SUCH A WONDERFUL STORY

FINALLY!!! A clean love story. This was such a great listen. The Narrator did a great job as well. I can't wait to listen to the next one... when it comes out that is.