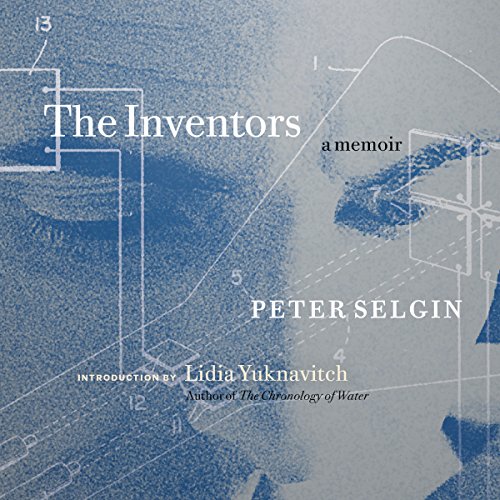 In the fall of 1970, at the start of eighth grade, Peter Selgin fell in love with the young teacher who'd arrived from Oxford wearing Frye boots, with long blond hair and a passion for his students that was as intense as it was rebellious. The son of an emotionally remote inventor, Peter was also a twin competing for the attention and affection of his parents. He had a burning need to feel special.

The new teacher supplied that need. Together they spent hours in the teacher's carriage house discussing books, playing chess, drinking tea, and wrestling. They were inseparable until the teacher "resigned" from his job and left. Over the next 10 years, Peter and the teacher corresponded copiously and met occasionally, their last meeting ending in disaster. Only after the teacher died did Peter learn that he'd done all he could to evade his past, identifying himself first as an orphaned Rhodes Scholar and later as a Native American.

As for Peter's father, the genius with the English accent who invented the first dollar-bill changing machine, he was the child of Italian Jews - something else Peter discovered only after his death. Paul Selgin and the teacher were both self-inventors, creatures of their own mythology, inscrutable men whose denials and deceptions betrayed the trust of the boy who looked up to them.

The Inventors is the story of a man's search for his father and a boy's passionate relationship with his teacher and of how these two enigmas shaped that boy's journey into manhood, filling him with a sense of his own unique destiny. It is a story of promises kept and broken as the author uncovers the truth - about both men and about himself. For like them - like all of us - Peter Selgin, too, is his own inventor.

The memoir is interesting even though there is nothing "earth shattering" to prop up the tale. No need! Subtle pieces of the author's life (it is more remarkable than most) combine to make an interesting whole story. Very well written. It is a story of a unique life, well told. The technique Selgin uses is not common.

The memoir is not written in the first -person as are most memoirs; the narrator is a separate voice telling Peter Selgin about his life, about what happened in his life, addressing Peter as "you," as in "you walked in the door...." literally narrating, replaying Selgin's life back go him. We listen in as the narrator tells Peter about the events of his life, about what he did, what he thought, how he looked. It took a while to get used to the technique, but once I did, it was fascinating. It was interesting to learn about the author's life with a sort of third-person objective point of view. The technique, at times, allowed me to even "feel like" I was the person he was talking to! I was right there with Selgin.

But what really made the audio book great was the narrator. He REALLY nailed it. He didn't just read it well, but had the right tone and emphasis and play of dialogue that really added to the story. I doubt that any other narrator, including the author (and I usually prefer books read by the author), would have been able to orally present this book as well. Love this book, love the journey of learning about Selgin's life arc, loved the technique. Loved the "story" all the way around, especially the audible version. Recommended.

A memoir needn't always hinge on what happened, it can be thought provoking to simply know by what trail a writer came to where he is. In this memoir Peter Selgin is insightful with a gift for description that would have kept me through the whole book. But, WHAT A STORY.

As an adult, Selgin found that the two most influential figures in his life, his father and a mentor teacher, were fabulists. His father was not a lapsed catholic Italian with an accent he'd gained from living in England, and his mentor was not a Native American poet/activist. They were both keeping an invented front for the world. When everything he knows shifts memory, a reckoning is due. I'm glad it happened to this particular writer.