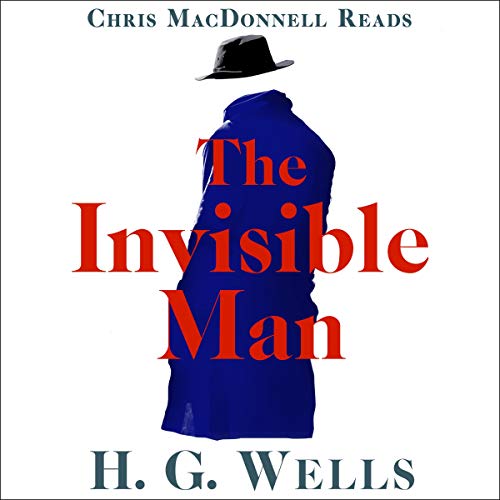 The Invisible Man (A Grotesque Romance) by H.G Wells was first published in 1847 as a serial in the Pearsons Weekly publication and later that same year as a novel. Since then it has become one of the most iconic science-fiction novels ever written. The upcoming 2020 film and the 1933 Claude Rains version are inspired by and loosely based on it.

The original novel is the story of a scientist who, through the study of optics finds a way to make things invisible. In a desire for recognition, fame, and the advantages of being invisible, he subjects himself to the process. But being unseen isn't as positive as he had hoped, and he soon finds himself regretting his condition, and his mind also becomes warped. He becomes mentally unhinged. Later, he embraces his invisibility and begins to spiral into a lust for power and control, and he reveals a plan he has hatched to unleash his personal "terror" on the world.

What listeners say about The Invisible Man