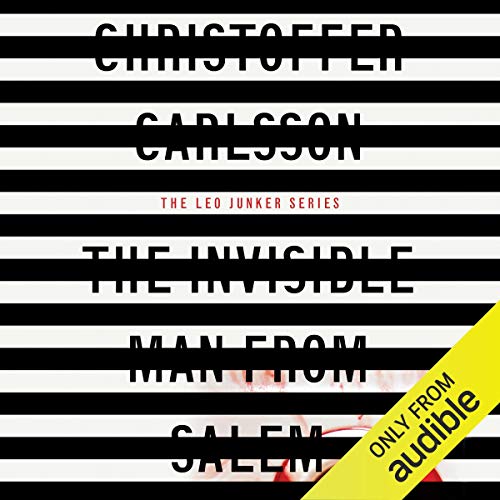 The Invisible Man from Salem

In the final days of summer in 2013, a young woman is shot dead in her apartment. Three floors above, the blue lights of the police cars awaken Leo Junker, a longtime police officer. Leo works in the internal affairs division as the lowliest form of officer - a spy. Leo is even lower, however, having been suspended after committing a terrible mistake. He can't stay away for long.

A series of frightening connections emerge, linking this new murder to Junker's own troubled youth and forcing him to confront a long-ago incident that changed his life forever. Now, in backstreets, shadowed alleyways, and decaying suburbs ruled by Stockholm's criminal underground, the search for the young woman's killer - and the truth about Junker's past - begins.

What listeners say about The Invisible Man from Salem