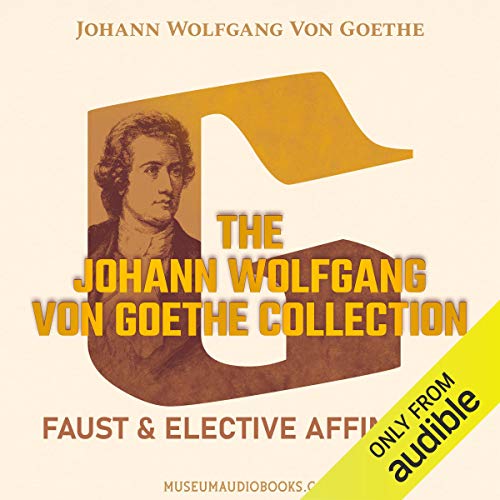 Johann Wolfgang von Goethe (1749-1832) is considered the greatest German literary figure of the modern era, the author of novels, poems, dramas, an autobiography, and treatises on botany, anatomy, and color. Faust is a tragic play in two parts that reworks the late medieval myth of a brilliant but disillusioned scholar who makes a deal with the devil. it is widely considered to be Goethe's masterpiece and the greatest work of German literature. The novel Elective Affinities is the story of Eduard and Charlotte, an aristocratic couple enjoying an idyllic but rather dull life on their rural estate. They invite the Captain, Eduard's childhood friend, and Ottilie, the orphaned niece of Charlotte, to live with them, with tragic results.